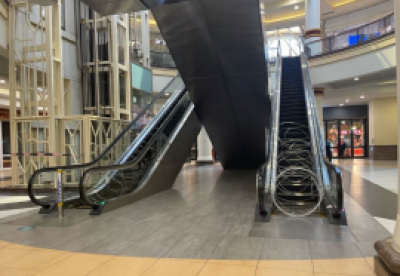 Police Minister Bheki Cele has expressed his satisfaction at the security measures established at retail centres as they reopen for business following last week’s incidences of violence.

Cele on Monday visited businesses and shopping complexes in Durban and Pietermaritzburg affected by the business lootings and public violence that claimed over 200 lives in Gauteng and KwaZulu-Natal.

Management teams of Liberty Mall in Pietermaritzburg as well as the Pavilion and Gateway Malls in Durban provided the Minister with the security plans they had put in place in conjunction with the South African Police Service (SAPS).

The three centres were among over the 150 malls that came under attack from looters. However, they were among the least affected owing to the members of the SAPS speedily containing the volatile situation.

"Together with private security, SAPS continues to guard the shopping complexes to prevent further violence and looting," the Ministry said in a statement.

While all three malls are currently open only for essential shopping, the retail centres will be fully operational within the coming days as per their respective security plans.

While in Durban, Cele joined security forces in the city’s business district as they responded to tip-offs from community members on the whereabouts of suspected stolen property looted during last week’s unrest.

The Minister said the recovery of stolen property would be the order of the day in the two provinces.

All suspected looted goods will be placed at various police evidence storage facilities.

"We are thankful for communities who keep on providing information that can assist police and we also commend people that are voluntary surrendering the stolen goods and must continue to do so, but those who choose to keep these stolen ware in their homes are being warned that the law will not have mercy on you," Cele said.

Twitter
More in this category: « Vaccination of inmates underway as part of vaccination programme at correctional facilities. Moseneke recommends that the October local government elections be postponed. »
back to top