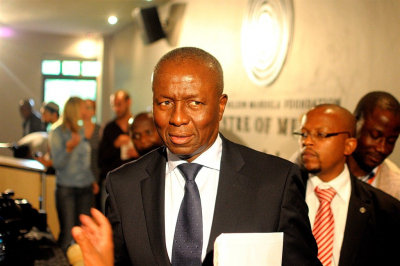 A report commissioned by the Independent Electoral Commission of South Africa (IEC) has found that South Africa’s local government elections will not be free and fair if they are held in October.

The report was overseen by former Deputy Chief Justice Dikgang Moseneke who was asked to review the current conditions and if they are conducive to hold elections.

Moseneke said that the decision considered expert opinion, scientific opinion and the laws around elections. Instead, his team has recommended that the elections should not be held later than February 2022.

Moseneke said that there were specific concerns around the amount of time political parties will have to prepare for elections, as well as the ongoing Covid-19 situation in South Africa.

Mosenke said that the current timetable set for the registration of voters and all the processes around the announcement of the date of the elections, cannot reasonably be kept, given the uncertainty of the lockdown level and restrictions in place.

These restrictions, he said, could still be extended further when the latest deadline – 25 July – is reached.

Other specific issues which were identified include:

The finding comes after a number of concerns were raised by political parties about whether elections could be held in a free and fair way.

Specific concerns have been raised around campaigning efforts, which have been impacted by lockdown restrictions.

The elections are currently scheduled to be held on 27 October 2021, however, this has not officially been proclaimed in the government gazette.

The IEC says it will now ‘retreat’ to study the report in-depth and consider how the findings will impact elections going forward, as the report itself is not binding.

It will then make a final determination on the holding of the elections in the next few days.

Twitter
More in this category: « Cele pleased with Durban, Pietermaritzburg mall security as businesses reopen. 'Cradock Four' families sue NPA, police over failure to prosecute their killers. »
back to top