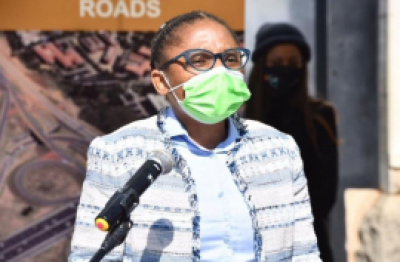 Acting Minister in the Presidency, Khumbudzo Ntshavheni, says an estimated 150 000 jobs are at risk in the aftermath of looting and destruction of property that swept through KwaZulu-Natal and Gauteng.

In a briefing on efforts to recover and rebuild after the wave of destruction, Ntshavheni on Tuesday said Ministers in the economic cluster are consolidating proposals for a government package of interventions, including for small businesses that are largely uninsured.

Ntshavheni said data and estimates provided by the SA Property Owners’ Association (SAPOA) showed that in KZN alone, 161 malls, 11 warehouses and eight factories were affected, with 161 liquor outlets and distributors being extensively damaged.

The Minister said estimates place KwaZulu-Natal’s loss at R20 billion. Work is, however, still underway to assess the total cost of the damage to property.

Furthermore, 1 400 ATMs have been damaged and 300 banks and Post Office outlets vandalised. Ninety pharmacies were damaged.

The impact of this will be felt both in KZN and across the rest of the country, the Minister warned.

She said SAPOA will later in the week collate data on the cost of damage in Gauteng.

Ntshavheni said after a challenging two weeks, the country has turned the tide and is well on a trajectory of stability, rebuilding the economy and ensuring social cohesion.

She said in the past 24 hours, there were no reported incidents of looting and violence in both provinces.

Government’s stabilisation efforts include the South African Police Service (SAPS) maintaining high visibility in areas that have the potential for a resurgence in violence and looting.

Ntshavheni said members of the South African Defence Force (SANDF) are working together with the police in conducting roadblocks, vehicle control points, foot and vehicle patrols, cordoning and searching vehicles, clearing roads that were blocked and recovering stolen goods.

"The South African Special Risk Insurance Association (SASRIA), in which government is a sole shareholder, will conduct an assessment of the full extent of the damage.

"The economic cluster Ministers are consolidating proposals for a government package of interventions, including for small businesses that are mostly uninsured.

"The Department of Small Business Development is working with SAPOA, business associations such as the National African Federated Chamber of Commerce and Industry; SA Franchise Association; National Healthcare Professionals Association; the SA Informal Traders Association and others to ensure that interventions also benefit small business directly and quickly. The package will also [provide for small households]," Ntshavheni said.

Large retail chain stores have reported that the supply of food to SA stores and neighbouring States affected by disruptions in the KZN supply chains are largely back on track.

Ntshavheni said most shopping malls that were closed due to violence and looting in Soweto, including the iconic Maponya Mall, have reopened their doors for the community to start buying the products they require.