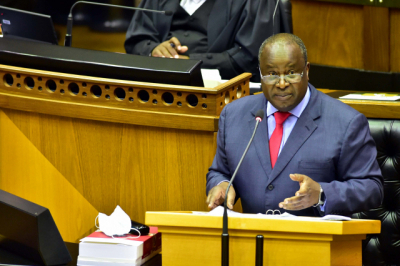 National Treasury has published the gazetted amendments to the Carbon Offset Regulations of the Carbon Tax Act.

Section 19 (c) of the Carbon Tax Act makes provision for the Minister to issue Regulations for the carbon offset tax-free allowance in terms of section 13.

The carbon offset tax-free allowance assists firms to cost-effectively reduce their emissions and carbon tax liability by up to 10% of their total greenhouse gas (GHG) emissions by investing in low carbon mitigation projects. The first set of the Carbon Offset Regulations was gazetted in November 2019.

Taxpayers and stakeholders were given until 30 April to submit written comments to the department.

"From this, 12 written submissions were received from companies, industry associations, international and national carbon market consultants, project developers and carbon market traders. The main comments and changes made to the regulations as a result of received comments," Treasury said.

These included proposals to include new definitions of national registries, the Verra registry and certificate of voluntary cancellation.

"The regulations were amended to clarify that carbon credits from approved Clean Development Mechanism (CDM) projects, issued under national registries, will be eligible for listing as eligible South African carbon offsets," said the Department.

The definition of the Verra registry was aligned with the official Verra documentation, and a new definition for a certificate of voluntary cancellation was included.

In their comments, Treasury said, stakeholders were of the view that the crediting periods for non-Agriculture, Forestry and Land Use (AFOLU) Verified carbon standard projects should be specified in the regulations.

"This proposal was accepted under Sub-regulation 3(1)(c), where the crediting period for non-AFOLU projects was added to the regulation," Treasury said.

There were requests for clarification of the utilisation period for offsets generated up to and including 31 May 2019 on project activities that are now taxable activities.

Taking into account that the carbon tax payment for the 2022 tax period has to be made by July 2023, the regulation has been amended to stipulate the date of 28 July 2023 by when the carbon offsets from activities that are included in the carbon tax net can be used by taxpayers.

Treasury said this was aligned with the due date for carbon tax accounts for the 2022 tax period, the penultimate working day of July.

Stakeholders also expressed the view that the current wording in the Carbon Offset regulations could be interpreted to mean that a taxpayer claiming any Section 12L energy efficiency savings allowance for any project will be prohibited from claiming any carbon tax offset allowance, despite the project being completely unrelated.

"Accessing deductions under Section 12L of the Income Tax Act and the carbon offset allowance under the carbon tax is viewed as a double benefit for the same investments and emission savings.

"The regulation was amended to clarify that a taxpayer may not receive the allowance in respect of an offset of a project for which an allowance has been received in terms of section 12L."

Treasury said general comments for requests for government to finalise the framework for local carbon offset standards that can be used to determine whether a project qualifies as a carbon offset project, and expansion of the geographic scope of offset projects beyond South Africa, were also made.

To this effect, the Department of Mineral Resources and Energy had commenced a process to publish the draft framework for local standards, which was developed under the World Bank’s Partnership for Market Readiness project for public consultation.

"The options for expanding the geographical scope of eligible offset projects, including within the African region, will be considered as part of the review and phase 2 design of the carbon tax," said the department.

The gazetted amendments to the Carbon Offset Regulations and a detailed summary of the stakeholder comments on the draft regulations and responses are available on the National Treasury website (www.treasury.gov.za).

Twitter
More in this category: « WC authorities facing an uphill battle in another taxi-related violence. NSFAS received and processes over 800 000 applications. »
back to top