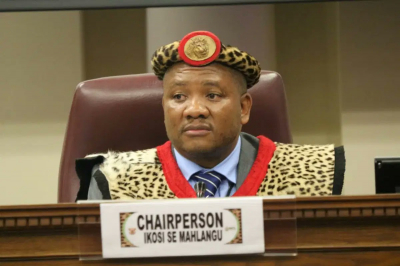 President Cyril Ramaphosa has honoured the late Chairperson of the National House of Traditional and Khoi-San Leaders (NHTKL), Ikosi Sipho Etwell Mahlangu by declaring his funeral as a Special Official Funeral Category 1.

Ikosi Mahlangu of the Ndzundza Mabusa Traditional Council passed away on 16 July 2021.

The President has also authorised that the National Flag be flown at half-mast at every flag station in the country from Wednesday morning until the evening of the funeral service on Friday.

The Special Official Funeral Service is declared on condition of compliance with regulation 11B, Sub-regulation 8 of COVID-19 Regulations issued by the Minister of Cooperative Governance and Traditional Affairs (GOGTA), Government Notice No. R398 of 25 March 2020.

Ramaphosa said Ikosi Mahlangu was an outstanding champion of the role of traditional leaders in the development and empowerment of communities.

"As Chairperson of the NHTKL, he supported the development of traditional communities through the Developmental Monarch Approach to rural development. He also championed the Invest Rural Strategy to drive inclusive economic growth in rural areas,  "Ramaphosa said.

The Special Official Funeral Service of the late Ikosi Mahlangu will be held at the Ndzundza Mabusa Royal Residence.

Twitter
More in this category: « Ramaphosa met with more than 90 CEOs and business leaders to outline government recovery plans. Schools scheduled to reopen on Monday - with a key change. »
back to top