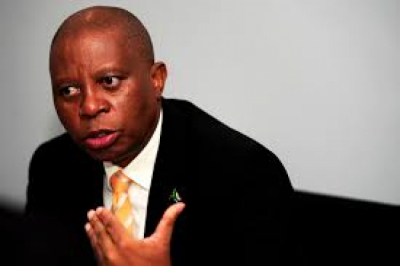 During a virtual media briefing held on Wednesday, the party announced that Mashaba, who is also ActionSA’s president, beat off Suraya Holt and 30-year-old Lincoln Machaba, a former councillor in the City of Joburg, who were also vying for the City of Johannesburg mayoral candidate spot.

Last month, ActionSA revealed nine candidates who would be battling it out in their candidate elections in order to represent the party as aspirant mayors for the three metros in the looming local government elections.

Residents of the three metros voted both virtually and through physical ballots for the candidates of their choice.

According to ActionSA,"residents came out in their numbers to support" the mayoral candidates, with Mashaba "capturing 94% of the vote in Johannesburg".

After his announcement as candidate, Mashaba said: "Gauteng’s metros must become hubs for innovation and beacons of service delivery for the rest of South Africa; residents deserve nothing less."

He took the opportunity to thank "those who participated in the historic ActionSA candidate elections "for placing their faith in him as a mayoral candidate for Johannesburg.

"When I was elected the executive mayor of the City of Johannesburg in August 2016, the city was a mess. The so-called World Class African City was, to many of its residents, a world-class slum. From my first day in office, turning Johannesburg into a city that its residents could be proud to call home was the focus of my three years," said Mashaba.

The experienced Tau, a former regional chairperson of the DA in Tshwane, who joined ActionSA last year, managed to beat off Morris Mahlaule, a consummate business professional; and Mmaphefo Shubane; who has a background in community broadcasting.

The mayoral candidates were joined by successful ward candidates elected by the residents of their communities, attracting a total of 22 051 votes from communities across Gauteng.

Twitter
More in this category: « Minister Nzimande conducts oversight in Zululand district in KZN. Alcohol industry calls for an urgent meeting to avoid possible collapse. »
back to top