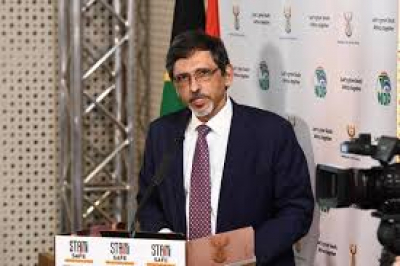 After a wave of violence and destruction in KwaZulu-Natal and Gauteng, which saw 161 liquor outlets and distribution centres looted and damaged, the alcohol industry has called for the ban on the sale of alcohol to be lifted so that legal businesses can operate.

It said the restrictions need to be relaxed to avoid a possible industry-wide collapse – which threatens the livelihood of a million people supported by the sector.

South Africa moved to an adjusted level 4 lockdown at the end of June, with a complete prohibition on the sale of alcohol in place.

The alcohol industry has faced various forms of restrictions since South Africa introduced its first Covid-19 restrictions in March 2020, with the government arguing that alcohol consumption leads to increased strain on the country’s hospitals.

Estimates show that the latest four-week ban has put 9,206 jobs in the alcohol industry at risk, with a potential loss of R10.2 billion in taxes and excise duties.

This follows the three previous bans which resulted in over 7,400 jobs lost in the beer industry alone, as well as R14.2 billion in lost beer sales revenue and more than a R7.8 billion loss in taxes and excise duties.

"These businesses as well as thousands of others will simply not survive a continued alcohol ban," said BASA. "At the same time, we know many South Africans are still obtaining alcohol from the illicit industry, which is already worth R20.5 billion."

The mass looting of liquor outlets and distributors last week in KwaZulu-Natal and Gauteng boosted the illegal sale of alcohol even further, making the current ban even more nonsensical, the association said.

"As the cabinet member directly responsible for trade and industry in the country, it is critical that minister Patel takes up the industry’s concerns to save a sector that is vital to our economy, to ensure its ability to continue supporting over one million livelihoods during these difficult times.

No response from minister Patel’s office has been received to date, the association said.

More in this category: « ActionSA announces mayoral candidates to contest the local polls. Government moves ahead with plans to reopen schools on Monday. »
back to top