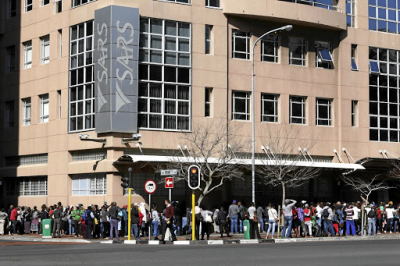 The South African Revenue Services (SARS) has attached the assets of the Tswaing local municipality over a R30 million tax debt.

On Friday, the revenue collector said the North West municipality, which covers the towns of Delareyville, Sanieshof and Ottosdal, submitted returns to SARS but failed to make any payments for Pay-As-You-Earn (PAYE), the Skills Development Levy (SDL) and the Unemployment Insurance Fund (UIF).

The non-payment has resulted in tax debt of R30 million, SARS said in a statement.

Private companies, government departments, as well as other employers are required by law to deduct these taxes from employees and then pay these monies over to SARS.

In another matter, the sheriff attached the assets of a construction company, Independent Minds 107 (PTY) Ltd, after it submitted PAYE, UIF and SDL returns without making payment. The outstanding debt owed by the company is R10 million

SARS Commissioner Edward Kieswetter in the statement expressed deep concern at the "wilful non-compliance", saying the revenue collector was left with no alternative to but invoke the law to deal with non-compliance.

"SARS is fully committed to uprooting the culture that has taken hold wherein the leadership of companies file and submit returns yet withhold the payment. This type of behaviour deprives the fiscus of what is due and is unfair on other compliant taxpayers."

Kieswetter said SARS had turned its attention to this practice.

"All those who indulge in this behaviour can be assured we will not look away, regardless of the company involved. While SARS remains open to engagement over payment arrangements, it will act without fear, favour or prejudice against recalcitrant taxpayers. This is a warning to all who have chosen to embark on this path of non-compliance,"he said.