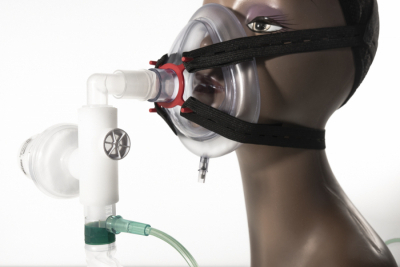 The National Institute for Communicable Diseases (NICD),reports 12,045 new COVID-19 cases that have been identified in South Africa, which brings the total number of laboratory-confirmed cases to 2,747,018. This increase represents a 19.0% positivity rate.

NICD said a further 361 COVID-19 related deaths have been reported, bringing total fatalities to 81 187 to date.

Meanwhile Health Minister Dr Joe Phaahla has once again encouraged all South Africans over the age of 18 to get vaccinated against COVID-19.

This as he announced that the country is expected to enter a fourth wave of the virus in November.

The Minister updated the nation on efforts to fight COVID-19 and government’s vaccination rollout plans on Friday during a virtual briefing.

"We have opened [vaccinations] for everybody above 18 years old. We urge everybody to please come forward so that we can all be protected. We know that it is almost accepted that somewhere towards the end of the year, we will have the fourth wave and we want to make sure that all South Africans are protected against that by taking the vaccination," he said.

The Minister said the number of vaccines administered on Thursday was an indication that the health sector is able to reach its target of administering 300 000 vaccinations per day.

He said despite early indications of vaccine hesitancy, the male population had now begun to take up inoculation.

"As of yesterday, the female vaccinated population was 58.5% and the male was at 41.5%. So there’s and improvement on the male uptake, which we really encourage.

"The last seven days have shown that as a country, we do have the capacity to administer vaccines and we do have the necessary supplies. It shows that we can indeed reach the… target which has been set for us by President Cyril Ramaphosa, "he said.

At least 1.5 million doses of either the Johnson & Johnson and Pfizer vaccines were administered over the past week.

A total of 8.8 million South Africans have received at least one vaccination, with 5 450 000 fully vaccinated.

Phaahla raised concern that the third wave of the virus is taking longer to subside than the first two, which could be harmful to health services with the fourth wave looming.

"The third wave is dragging for longer. Sometimes it looks like there will be a steep downwards [trend] and then it rises again. In the absence of new variants, what this means is that many of us are not observing the prescribed precautions.

"The risk of this is that by the time the fourth wave comes – which is predicted to come around some time in November, possibly driven by a new variant – it may find us still at the tail end of the third wave, which will mean that our health facilities and our health workers would not have had much rest. This is something that is worrying and we urge all South Africans to observe the known protocols," Phaahla said.

The Minister said the virus may still be a factor in the near future and the best solution is to achieve herd immunity through vaccination.

"It’s going to take some time and there’s going to be a number of waves but what we are told and what seems to be the route to go is that the more we cover in vaccinations, the less mutations and if there are less mutations and less viral loads of this COVID-19, then there will be less waves coming," he said.