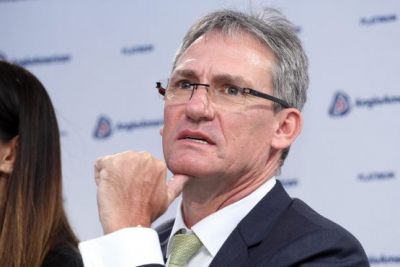 The bullion miner has sold most of its mines in the country as a widespread sell-off of South African assets by miners has raised speculation among investors that companies could seek to list elsewhere.

AngloGold Ashanti has already said it plans to do so, and Gold Fields has in the past said it might also consider a move.

"It is a secondary consideration, and it is still something on the cards," Griffith, who was appointed chief executive in April from Anglo American Platinum, told Reuters in an interview.

"Yes, there may be some discount in our South African domiciliation ... It would be lazy of us to say it's just because of where our postbox address is."

Griffith said Gold Fields needed to focus on delivering on projects for investors in order to deserve better valuations.

Gold companies are particularly disadvantaged due to depletion of resources at South African mines and the relatively high cost of extracting ore.

Gold Fields, like many of its South African peers, has sought to diversify from its traditional home terrain, selling off all of its mines except its South Deep project.

Griffith cited three reasons for a discount of its shares compared to its global peers -- development of its Salares Norte Project in Chile, years of losses at its sole South African mine and varying mine-life estimates of its Australian assets.

"We must deliver the (Salares) project on time, in the budget...and deliver the volume that we said it would be and if we do that, it will get the full value," he said.

He said South Deep had already turned around and will continue to deliver positive cash flows for several years and should see fair value soon. In Australia, he said the company estimates the life of the mines are 10 years and beyond, but the market feels it is less.