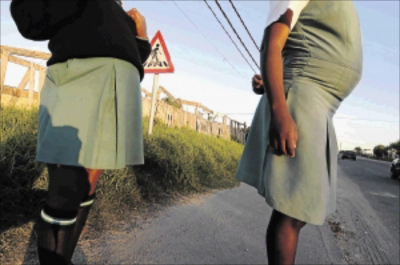 Basic Education Minister, Angie Motshekga, has announced that the department and its stakeholders will intensify the implementation of Comprehensive Sexuality Education (CSE) in schools, which aims to empower young people with age appropriate information.

Addressing the media on Sunday, Motshekga said the department was concerned about the alarming rate of teenage pregnancies in the country, which impacts negatively on the work of the education sector.

She said teenage pregnancies was not just a problem in Gauteng, but a national crisis, as most pregnant teenagers are of school going age.

"It is a serious indictment on all of us as a society and we really need to reflect deeply on this crisis and take urgent action to arrest the moral decay. Early and unwanted pregnancy perpetuates poverty and disrupts the growth and development of our young people.

"It also contributes to the worrying drop-out rate that we are fighting so hard to reduce. It has become even more urgent that as a nation we act together collaboratively on this matter as it threatens the future of the country as a whole," the Minister said.

The department will need once again to mobilise communities and stakeholders to unite against this scourge.

"The time has come to bury our differences with the religious sector, the traditional leadership, parents, guardians and all others who opposed the implementation of CSE," Motshekga said.

Meanwhile, Motshekga said the incidents of violence meted against innocent women and children are very disturbing.

"The murder and mutilation of a fourth year law student at the University of Fort Hare, Nosicelo Mtebeni; the assassination of the CFO of the Gauteng Department of Health, Babita Deokaran; the gang rape of a 11 year-old girl in Majeje, in Limpopo; the Grade 1 learner allegedly raped at a Soshanguve school by a general assistant working at the school, are heinous crimes and barbaric acts committed by humans on other humans, especially during and around Women’s Month," Motshekga said.

The Minister implored all law-abiding citizens to deplore such monstrous crimes while allowing the law to take its cause.

"It is indeed about time, that we, as a nation, take a stand; and say enough is enough! We must never allow gender-based violence to thrive in our communities. Let us all speak against gender-based violence everywhere it shows its ugly head; let us act against it, using all legal platforms available to us," she said.