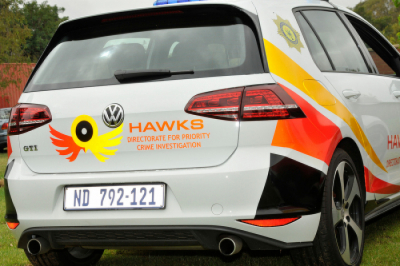 The Hawks have arrested several senior officials and company directors at the Mogalakwena municipality in connection with alleged fraud amounting to R15m.

Maluleke said the group were arrested at the municipal offices in Limpopo on Monday.

"It is alleged the officials received gratification from service providers and other companies were paid for services not rendered," he said.

"The municipality has suffered a loss of more than R15m due to these illegal activities."

During the operation, a BMW 1 series belonging to the girlfriend of one of the suspects was seized as an affected gift.

National Head of the Directorate for Priority Crime Investigation, Lieutenant General Godfrey Lebeya, said: "I commend the investigation team for the hard work in securing the attendance of these group before court.  The message that crime does not pay will soon be appreciated."

The operation is still ongoing and more arrests are expected.

Twitter
More in this category: « South Africa detects new variant of interest of Covid-19 C.1.2. Dlodlo decries GBV that it erodes strides made towards emancipation of women. »
back to top