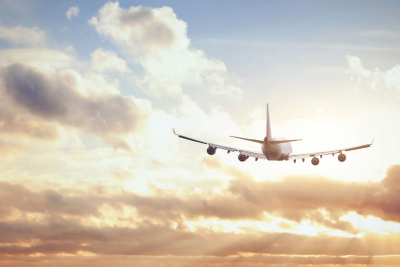 The UAE said that applications for tourist visas will be open to people from all countries on Monday (30 August) – provided that they are fully vaccinated with one of the WHO-approved Covid-19 vaccines.

"This comes as part of the country’s strategy to create a balance between public health and the activities of vital sectors, and in support of the national efforts to achieve sustainable recovery and economic growth,” the country’s disaster management service said.

"The decision applies to citizens of all countries, including those arriving from the previously banned countries."

South Africans arriving on tourist visas must still take a mandatory rapid PCR test at the airport. "The previous rules for unvaccinated, including exempted categories, remain in place," it said.

The change means that passengers will be allowed to travel to their final destination through Dubai from South Africa – subject to specific requirements.

Parts of Europe have also begun opening up travel for vaccinated South Africans, with Germany, France and pain all relaxing some restrictions in recent weeks for those who have had a jab.

By comparison, the United Kingdom, which is seen as a key source and travel market for South Africa, has remained steadfast in keeping South Africa on its red list and risk compromising its Covid-19 programme.

The current measures permit entry to only British and Irish Nationals arriving from high-risk countries – commonly referred to as red list countries – who must quarantine in government-managed hotels.

The UAE’s airline carrier Emirates said it is actively responding to the spike in travel demand across its network and plans to make it easier for customers to connect to Dubai and beyond by scaling up its operations.

"For Emirates customers wishing to travel to the UK, the airline has optimised schedules to create the best connection options from its network, particularly across major cities in Africa like Johannesburg, Cape Town and Lusaka, and in West Asia including Karachi, Islamabad, among other cities," it said.

Emirates said it has also increased flights to Johannesburg from daily to 11 weekly flights, with four linked flights with Durban, and the airline also flies to and from Cape Town with three weekly services.

"Customers flying in and out of Emirates’ three South African gateways can safely connect to an array of onwards connections to Europe, Middle East, West Asia and the United States," the airline said.

"Flights to/ from South Africa have also been scheduled to allow for convenient connections and additional access to Emirates’ four gateways in the UK, as well as Emirates’ extensive US network."