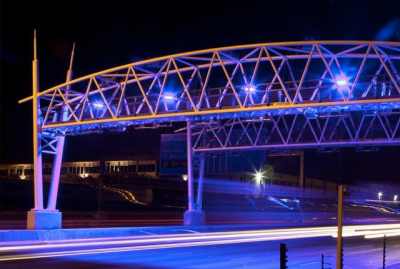 The Congress of South African Trade Union (Cosatu) says that the government cannot continue to ignore the failed e-toll system in Gauteng and that it needs to be scrapped.

The union, which represents 1.8 million workers in South Africa, has given transport minister Fikile Mbalula until the end of September to announce that the government will scrap the system.

"In case (transport) minister Mbalula is not going to make an announcement favourable to our demands by the end of September, Cosatu in Gauteng will be left with no option but to protest on election day," it said.

Elections are scheduled to take place on 27 October 2021 – however, court processes are currently underway to postpone the date until 2022.

"The e-toll policy has failed. Motorists are not paying even when Sanral is giving discounts," it said. The federation called on all motorists in Gauteng to continue not paying their e-tolls accounts in protest of the system.

The trade federation also slammed the deputy minister of transport Sindisiwe Chikunga for a weekend interview in which she indicated that motorists would need to pay up their e-toll bills.

Chikunga told eNCA that the scheme was no different to the taxes levied on South Africa’s roads since the 1700s and that these taxes were necessary for road infrastructure development.

While an official announcement is still coming, Chikunga said that South Africans would need to pay for the toll scheme one way or another.

"The deputy minister has exposed her limited understanding of the reasons behind the rejection of the road user-payer system in Gauteng," Cosatu said, slamming the deputy minister’s comments as being ‘anti-poor.

"The roads that are tolled in Gauteng – the N3, N12, N1, M1, and R21 – are used by the citizens of Gauteng to go to and from work, visit families and friends daily. This has brought economic hardship to motorists. Hence (e-tolls) are rejected.

"It is easier to scrap the e-tolls than to put pressure on the already suffocating citizens through taxes."