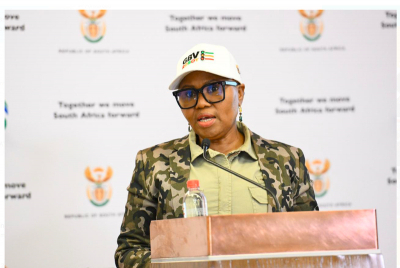 The withdrawal was gazetted late on Tuesday.

No reason was given, but the latest development follows an outcry after the paper proposed that all South African earners pay up to 12% of their income into a new government-managed investment fund.

The current social assistance framework does not provide a 'comprehensive floor'. As a result, the department said the largest portion of the population remains without any or very little social protection coverage.

"It is proposed that the means tests for social grants be phased out through alignment of social assistance with the structure of personal income tax rebates, and the safety net be expanded to include working-age individuals."

"The objective is that all dependent children, the disabled and the elderly and those of working age, should be eligible for income support, regardless of their income or assets."

This basic income will form part of a comprehensive social protection floor, it said.

The additional expense to the fiscus could be phased in over time through changes to the structure and value of tax rebates, subsidies and the possible introduction of additional tax, it said.

The proposal for the universalisation of the existing grants is premised on the fact that state benefits are mostly universal already but fragmented with different systems, criteria and benefit values.

"For example, there are 4.4 million older persons in South Africa, of which 3.1 million receive the Older Persons Grant (OPG) and 400,000 older persons who receive tax rebates.

The department estimates that about a million older persons are excluded from the existing state benefits.

But the proposal would have had a devastating impact on South Africa's investment industry, as retirement investments and other savings would have been channeled to the NSSF instead. Alexander Forbes, South Africa's biggest pension funds administrator, calculated that it would lose 60% of its members.

The Green Paper was gazetted without approval from Cabinet, and Treasury said that it wasn’t official government policy.

Treasury pointed out that the Green Paper was a "very soft proposal", reflecting the aspirations of some stakeholders who were consulted over almost two decades.

When the Green Paper was first gazetted, on 18 August, the department of social development asked for public feedback by December this year.