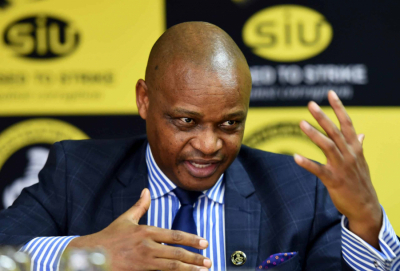 The Special Tribunal is set to hear a review application this month regarding the controversial Digital Vibes’ R150 million contract awarded by the Department of Health.

The Special Investigating Unit(SIU) appeared before Parliament’s standing committee on public accounts (Scopa) on Wednesday to give an update on its personal protective equipment (PPE) tender fraud investigations.

During the meeting, the SIU revealed the Digital Vibes matter had been set down for a hearing at the Special Tribunal on 16 September.

"[The Digital Vibes matter] had previously been referred by the SIU and [the unit] will apply for a case management in this case on the 16th of September 2021. In this case it’s also a matter of the contract having to be set aside and damages to be claimed. You will note that there was previously a preservation order [which preserved] assets to tune of R22 million," SIU’s chief legal counsel Jerome Wells told Scopa.

In July, the SIU filed a 90-page affidavit to the Special Tribunal to review and set aside the multimillion-rand tender awarded to Digital Vibes, a company purportedly owned by former Health Minister Zweli Mkhize’s close associates Tahera Mather and Naadhira Mitha.

The affidavit was filed as part of the SIU’s bid to recover the R150 million paid to Digital Vibes.

The SIU listed 20 people – including Mkhize and his son Dedani – who received around R90 million from the contract.

The investigating unit also recommended that the National Prosecuting Authority (NPA) consider charging Mkhize and his son for corruption over "suspicious payments" they received from Digital Vibes.

Twitter
More in this category: « Another mass shooting in Umlazi leaving 11 people killed in three days. Eskom commits to deal with R35.3 billion municipal debt. »
back to top