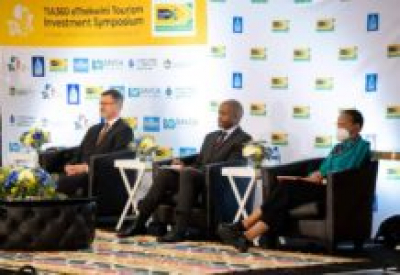 President Cyril Ramaphosa says investing in Limpopo is a strategic move that is crucial to the integration of the SADC region.

"Our National Infrastructure Plan aims to support the integration of African economies and the development of intra-Africa regional value chains.

"Investing in Limpopo is therefore very strategic because the province shares borders with three of our neighbouring countries - Botswana, Zimbabwe and Mozambique. This means that the province is positioned as a gateway to a potential market of 300 million people just in the Southern African Development Community region," the President said.

He was on Wednesday addressing the annual Limpopo Investment Conference, which brings together the private sector, government and industry to attract investments.

The conference is part of the province’s effort to grow domestic and international investment, and will showcase new investment opportunities for the province. It also precedes and bolsters the national South Africa Investment Conference hosted annually by Ramaphosa.

To create an environment conducive to investment,Ramaphosa said government has taken several steps to achieve security of electricity supply for the whole country.

"We are undertaking far-reaching structural reforms in the energy, transport and water sectors, all of which are important for the industries with the highest potential for growth in Limpopo, "Ramaphosa said.

In a pre-recorded speech for the conference, the President said government has also created conditions for a rapid increase in generating capacity through opening further bid windows for the renewable energy programme and increasing the licensing threshold for embedded generation projects to 100 MW.

"This includes the restructuring of Eskom into separate entities for generation, transmission and distribution. This will stabilise the company’s financial position and improve the performance of Eskom’s power plants."

Ramaphosa said government is working to improve the investment climate and reduce the cost of doing business.

"We are undertaking far-reaching structural reforms in the energy, transport and water sectors, all of which are important for the industries with the highest potential for growth in Limpopo, "Ramaphosa said.

With regards to water resources,Ramaphosa said government continues to make improvements in the turnaround time for the issuing of water licences.

"One used to wait for up to three years to get a water licence, and we are now reducing that quite substantially. We are in the process of establishing a National Water Resource Infrastructure Agency."

With regard to ports and freight rail infrastructure,Ramaphosa said government is making progress in increasing the efficiency and competitiveness of ports.

"Work is underway to enable greater private sector participation in the country’s rail and port infrastructure while maintaining public ownership of these valuable national assets."