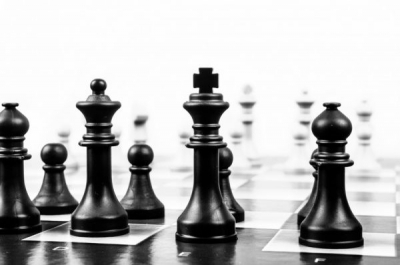 The Department of Employment and Labour is preparing to introduce the amended Employment Equity Act in 2022.

The department said that the legislation aims to reduce the regulatory burden on small businesses and add rules for doing business with the government.

"The expected introduction of five-year sector targets will mark the beginning of a clean slate," said the department’s director of employment equity Ntsoaki Mamashela.

"All current employment equity plans will fall away on 22 September 2022, and the new plans will have to be aligned with five-year targets. Self-regulation has not worked," she said.

Mamashela said further sector engagements which started in 2019 on sector targets would continue. She said talks have already been held with several sectors, including mining, financial & business services, wholesale & retail, and construction.

By 30 June 2021, the department had engaged with all 18 economic sectors and agreed with the financial and business services sector.

She said that the department was busy analysing the written submissions in response to the proposed sector employment equity targets from the remaining 17 sectors to conduct follow-up engagements to reach a consensus.

"It is envisaged that the sector engagements will be concluded by February 2022 with proposed targets," she said.

While some firms and sectors have welcomed the proposed changes, others have warned that the new targets could negatively impact the economy.

Telkom’s Siyabonga Mahlangu told parliament in April that South Africa was facing a tough economic climate. He said it was already difficult to make appointments that the new numerical targets may necessitate.

"The unilateral imposition of targets by the minister – which may not be practically implementable by electronic communications, operators and industry stakeholders – may have the unintended effect of threatening existing jobs in a difficult economic climate."

These concerns were echoed by AgriSA’s Christo van der Rheede, who acknowledged a lack of transformation in the agricultural sector. However, he said the employment and labour minister was being given too much power and there needed to be sector-based consultations.

"The imposition of one-size-fits-all approach for targets would unlikely achieve the results we all yearn for. The agricultural sector is faced with a skills gap, and this remains a challenge in filling critical posts in the sector," he said.

Twitter
More in this category: « Nine people dead, 12 injured in KZN horror crash. Government extends state of disaster while it weighs on restrictions. »
back to top