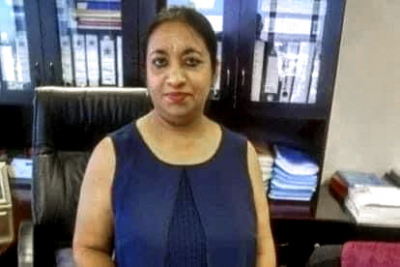 The suspects were found with cash and firearms in their vehicles.

Speaking in Umlazi on Thursday, following the killings of 11 people in less than three days,Cele gave an update Deokaran’s murder investigation.

"One is happy to see [that] the investigation is progressing well. Two more people have been arrested with two cars and one firearm [have been confiscated]," he told the media.

The minister said the suspects were also found in possession of an unspecified amount of cash.

"Interestingly, it looks like they have been arrested with a lot of cash in their cars. So the story was that, that was an expensive exercise, where people are getting a lot of money each to pull the mission of killing Babita.

"[Now that the suspects were found] with raw cash, I hope that [they] will be able to tell us where the cash came from," he added.

Cele also said more than 50 suspects have now been arrested in connection to the murders in Phoenix, KwaZulu-Natal.

Meanwhile Cabinet has welcomed the arrest of suspects in connection with the recent murder of Deokaran, former Acting Chief Director of Financial Accounting in the Gauteng Health Department.

Deokaran was murdered on 23 August outside her home in Johannesburg South, shortly after dropping off her daughter at school. Six suspects were remanded in custody by the Johannesburg Magistrate’s Court following their arrests on Friday. A seventh person was released after police were unable to link him to the crime.

Cabinet in a statement described the fallen finance official as a dedicated public servant "who stood firmly against corruption".

Deokaran was a key witness in a Special Investigating Unit probe into the fraudulent procurement of personal protective equipment and other illegal activities in the department.

Cabinet, in a statement read by Minister in the Presidency Mondli Gungubele, following its meeting on Wednesday, reiterated that whistleblowers are important guardians of democracy and clean governance.

Cabinet urged people to continue exposing and reporting corruption and malfeasance without fear or favour.

Cabinet in the meeting also expressed appreciation for the Financial Action Task Force Assessment (FATF) Report. Cabinet, which received the report at the meeting, was briefed on the outcomes of the assessment of South Africa on its Anti-Money Laundering and Combating the Financing of Terrorism measures.

The assessment was done by the FATF, an intergovernmental organisation on international structure founded to combat money laundering and the financing of terrorism. South Africa has been a member of the FATF since 2003.

Gungubele said the full report will be released through the website of the FATF - www.fatf-gafi.org - and a full statement outlining government’s response on areas of weakness highlighted in the assessment and measures to strengthen its measures will be provided.

Twitter
More in this category: « R21bn allocated to implement National Strategic Plan on GBV & Femicide. Dirco confirms one South African remains in Kabul, 35 have left on various evacuation flights. »
back to top