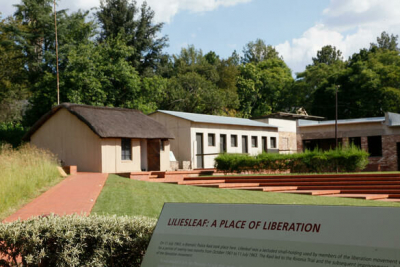 The Department of Sport, Arts and Culture has emphasised the importance of institutions funded by government to account for public funds.

This comes after Wednesday’s announcement of the closure of Liliesleaf national heritage site, which was attributed to a funding crisis that was faced by the organisation for several years.

In a statement released by the heritage museum, it said it had faced a funding crisis for several years.

"[This] has been compounded and exacerbated by the impact of Covid. Despite the successful efforts in raising funds from corporates and the public, who showed great generosity in coming to the aid of Liliesleaf, earlier in the year through a crowdfunding initiative, the funds raised only helped so far. Liliesleaf has been living on borrowed time ever since," it added.

The museum criticised the Department of Sports, Arts and Culture for not providing adequate relief.

"The closure of Liliesleaf has yet again demonstrated the abject failure of the Department of Sports, Arts and Culture to provide the financial support so desperately needed by Liliesleaf and the sector as a whole at this critical time in our history and struggle for survival."

Liliesleaf is home to extraordinary exhibitions that tell the story of the journey to democracy in South Africa. The heritage museum is also a site of memory that keeps the history of the liberation alive.

In 2015, the Department entered into a Memorandum of Agreement (MoA) with Liliesleaf Trust to upgrade and enhance the facility’s exhibition infrastructure.

"Based on this contract of R9 million, a first tranche of R8.1 million was transferred to the trust. The remaining R900 000 could not be honoured due to failure of Liliesleaf Trust to account on the initial payment of R8.1 million.

"An obligation was spelt out in the MoA between the Department and Liliesleaf Trust. In terms of Public Finance Management Act (PFMA) Section 38, government cannot continue funding an institution that fails to account for public funds that it receives from government, "the Department said on Thursday.

Consequently, on the 4 May 2021, the Department, led by Minister of Sport, Arts and Culture Nathi Mthethwa, escalated the failure of the CEO to report and account for the R8.1 million to the Liliesleaf Board, led by former President Kgalema Motlanthe.

"The Board committed to do a forensic investigation into the matter and report back to the Department. The Department is still awaiting feedback from the board in this regard.

"Numerous suggestions in this regard by government have not been found favourable by the trust. However, they refused to be declared, preferring to remain independent and self-sufficient.

"For the 2020/2021 financial year, an additional R1.8 million was budgeted for the trust. All this is being done against an understanding of the historical significance and contribution of Liliesleaf to the liberation of our country," the Department said.