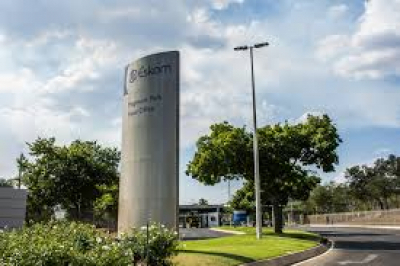 Embattled Eskom has won a R1.3 billion judgement against the Emfuleni Local Municipality over unpaid bulk electricity services, in a move that could see the municipality's power infrastructure attached by the power utility.

The state-owned electricity supplier said the debt was part of a total debt of 1.9 billion which Emfuleni had accumulated in 2019. According to Eskom, Emfuleni tops the list of Gauteng municipalities with poor payment records, with arrears of more than R3 billion running over 30 days.

Emfuleni's total debt stands at R3.5 billion - including the current account bill of R385 million due on 2 September 2021, Eskom said.

Eskom's Senior Manager for Customer Services in Gauteng, Daphne Mokwena, said the judgement offered the utility several options to recover the debt owed to it.

"We could attach and transfer Emfuleni's electricity infrastructure, which comprises their electricity substations and power lines, and offset the value of the infrastructure against the judgment debt and/or attach known electricity revenue streams of the municipality by way of garnishee-type of orders," said Mokwena.

The Mogale City Local Municipality has signed a payment agreement with Eskom for its outstanding total debt of more than R361 million and has been honouring its payments.

Twitter
More in this category: « Government hits back that it cannot fund institutions that fail to account for public funds. Covid-19 Daily Update: SA records 418 related deaths bringing total fatalities to 82,914. »
back to top