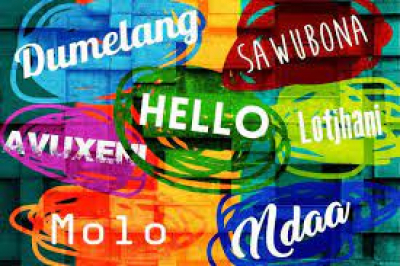 As South Africa celebrates Heritage Month, the Minister for Sport, Arts and Culture, Nathi Mthethwa, has called on South Africans to pass on their cultural heritage to children.

"Our call to action is in our cultural endeavours to promote conversations and illustrations of South Africans sharing with each other in food, music, rights and created knowledge on indigenous practice system, "the Minister said on Thursday.

Mthethwa officially launched Heritage Month, which is being celebrated under the theme "The year of Charlotte Maxeke: Celebrating South Africa’s Intangible Cultural Heritage," at the Freedom Park, Heritage Site and Museum in Pretoria.

The Minister emphasised the importance of celebrating diversity as a way to safeguard heritage treasures and bolster the collective sense of self as one united nation in diversity instead of employing diverse heritage as an instrument to cause racial, gender, ethnic, religious and linguistic features as has been the case under colonialism and apartheid.

"The Constitution enjoins all of us to employ the diversity of our heritage as a source of strength and unity. In keeping with the ideals of utata Nelson Mandela we look to the national days like the Heritage Day as levers to bring about cohesion and national unity," the Minister said.

He said heritage and culture have the potential to bridge historical divisions engendered over many decades of racist colonial and apartheid administration.

"It is an undisputed fact that colonialism and apartheid employed heritage and culture in more subversive way.

"That is apartheid and colonialism accentuated perceivable differences in terms of our culture and heritage as scientifically distinguishable markers that proved that as black people we were hodgepodge of nations, totally distinct and unrelated to one another and as such we shared no common heritage and culture

"In this way the racist colonial and apartheid masters ensured the majority of people in this country remain divided to keep the oppressed masses divided and at odds with one another," Mthethwa said.

With Heritage Month being celebrated during the COVID19 pandemic, which has affected the livelihood of the creative sector, the Minister has highlighted the measures implemented by government to assist the sector.

"As one of the measure to cushion the blow on our artists we have constituted COVID-19 relief efforts and deserving artists who met the stipulated criteria have been getting the necessary financial relief.

"Such interventions, although necessary and warranted, many of deserving artists did not find the necessary relief given the tight fiscal environment this department continues to operate under like other departments, "the Minister said.

This year’s celebration of Heritage Day as hosted by the provincial government of the Western Cape will be held virtually and will be addressed by President Cyril Ramaphosa.

"As we celebrate Heritage Month, our impassioned call is to call out any perceived act of abuse or discrimination as and when it rears its ugly head. In particular we like to make a special appeal to men to join this movement against Gender Based Violence and Femicide (GBVF) by being good role models to boy children and as well-being ambassadors against GBVF," the Minister said.

Twitter
More in this category: « Kebby Maphatsoe to be laid to rest on Sunday. Public emergency medical services colleges to now offer qualifications. »
back to top