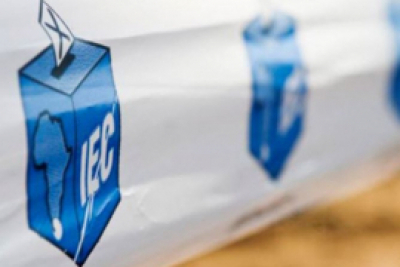 The local government elections must take place between October 27 and November 1, the Constitutional Court has ruled.

In an order released on Friday afternoon, the country's apex court said the application by the Electoral Commission of SA (IEC) to have the vote postponed had been dismissed.

But it also ruled that a proclamation by co-operative governance and traditional affairs minister Nkosazana Dlamini-Zuma that the vote should happen on October 27 was "unconstitutional, invalid and is set aside".

The IEC had launched a Constitutional Court bid to postpone the fifth local government elections after adopting a report from former deputy chief justice Dikgang Moseneke, who had recommended that the elections be deferred to no later than February 2022 if they were to be free and fair.

The IEC case was supported by the ANC and other parties but the DA opposed the matter.

Dlamini-Zuma proclaimed October 27 as the date for the local government polls. However, she said that that was done to meet statutory and constitutional obligations, and the date could change pending the Constitutional Court’s decision.

The electoral commission did not have its usual voter registration weekends because the level of lockdown regulations in place from 28 June to 25 July and still in place since 26 July did not permit it.

The apex court ordered the commission to notify Dlamini-Zuma and the public once it has made a determination as to when it will have its voter registration weekend.

Dlamini-Zuma was also ordered that the day after the voter registration weekend she ought to issue a proclamation in terms of section 24(2) of the Structures Act determining a date for the local government elections in the period from Wednesday, 27 October 2021 to Monday, 1 November 2021 (both dates inclusive).

The IEC could still approach Parliament and seek a postponement through amending the Constitution, a task that will require a two-thirds majority.

Twitter
More in this category: « SAHPRA agrees with FDA warning against Ivermectin for COVID. Government implemented additional unrest interventions to help sustain millions of jobs - Ramaphosa. »
back to top