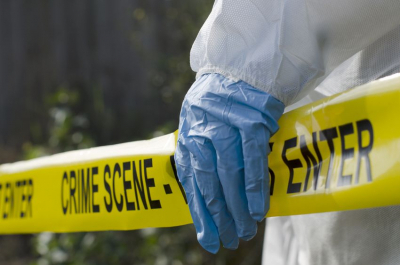 Six people burnt to death after a minibus taxi they were travelling in smashed into a tree and caught fire in Krugersdorp, Gauteng on Saturday night.

Five others, including a child, were badly injured.

According to ER24 EMS paramedics, "six people were killed, and five others – including a child – sustained severe injuries when a taxi collided with a tree and caught alight"

Members of the Gauteng Provincial Government attended the scene as well, while the Westrand Municipality Fire Department extinguished the blaze.

The patients were assessed on scene and rushed to nearby hospital for further medical assistance, while an emergency helicopter was activated to airlift the child.

Six burn victims were declared dead at the scene. The circumstances surrounding the accident remain unclear; authorities will investigate.

On Thursday, three trucks,bakkie and a minibus vehicle were involved in a crash. KZN EMS spokesperson Robert McKenzie on Thursday told the media 11 people were declared dead at the scene.

Paramedics are currently treating 12 others. Some have been taken to hospital.

"11 people have tragically lost their lives in their crash", McKenzie said in the latest update on the crash.

KZN Premier Sihle Zikalala, accompanied by MEC for Transport, Community Safety and Liaison, Neliswa Peggy Nkonyeni, District Mayor Zamo Gwala and Inkosi Chiliza, chairperson of the KZN House of Traditional Leaders, on Friday travelled to Ixopo where they visited with the families of the deceased.

Zikalala said the majority of accidents on KZN roads are avoidable.

"In the majority of cases, it is human error and a failure to adhere to the rules of the road which is responsible for the high carnage on our roads," he said.

He extended his condolences to the families of the deceased while wishing the remaining injured a speeding recovery.

The majority of the victims are women, who were all travelling in the minibus.

"Our policy dictates that where more than four people have died in an accident, government must assist with the burial and related costs.

"We will also revive the Siyabakhumbula campaign and at the same time tighten our enforcement operations. We must return to the slogan "KwaZulu-Natal, Alufakwa lubuya nesaphulamthetho", which ensures zero tolerance on all our roads," the premier concluded.