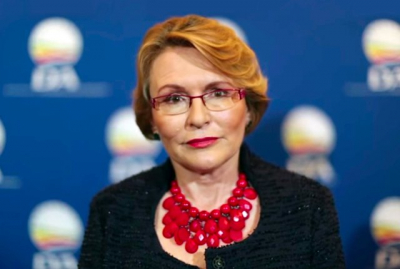 DA federal council chairperson Helen Zille says the party will seek an interdict should the ANC be allowed to register candidates for the fifth local government elections.

The ruling party failed to register candidates with the IEC in more 90 municipalities, more than a third of SA's 278 municipalities.

Zille said the reason why the ANC withdrew its challenge to the Electoral Court was "so it could register candidates in the 93 municipalities where it failed to submit full lists".

"The ANC did so because both the ANC [and] IEC expected the election to be postponed, and then re-promulgated by COGTA Minister Nkosazana Dlamini Zuma."

This would have enabled the IEC to issue a new timetable in order for the ANC to register its candidates. She said this was the ANC and IEC’s plan from the start.

"Most [people] thought this would involve a postponement from 27 October to at least February 2022. That was wrong."

The deadline for the elections to be held was postponed by just five days. However, Zille said: "Even that small gap, the IEC/ANC believed, would enable them to issue a new timetable".

Zille said "the DA’s lawyers believe this is not an option", as the ConCourt ruled the window for registering candidates could not be re-opened, despite the deadline shift.

And that, Zille said, was the outcome both the IEC and ANC didn’t expect. She said it’s clear the IEC attempted to get the ruling party "out of a corner" after they failed to register candidates.

When asked by a Twitter user if she intends to apologise for the allegation made against the Constitutional Court and the ANC, Zille replied: "Absolutely not".

She said the composition of the Judicial Service Commission (JSC) is made of "either ANC MPs or ANC appointees".

Zille also referred to an article she wrote back in 2014, titled Who should do the job of Judging our Judges? At the time, she said South Africa’s judicial system was "deeply flawed".

"The ANC-loaded Judicial Service Commission’s (JSC) selection of politically pre-determined choices, provides a thin veneer for the most extreme and dangerous form of cadre deployment."

Zille added: "the DA has described, predicted and done everything possible to prevent this capture, and we may well succeed."

"Ironically we are being ably assisted by the spectacular incompetence of the ANC’s deployed cadres", she concluded.

The IEC on Sunday announced that it would brief the media on its considerations of the judgment after a special meeting at the weekend.