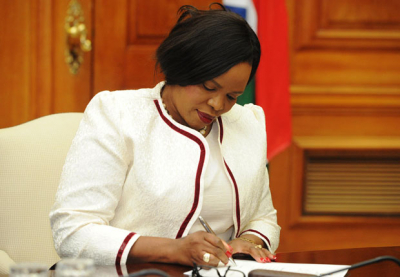 NFP MP Ahmed Shaik Emam said the party was reeling from the news.

He said kaMagwaza-Msibi had been admitted to an Umhlanga hospital in Durban.

KaMagwaza-Msibi, a former deputy minister, cited ill health when she resigned from Parliament in 2019.

She suffered stroke on 17 November 2014 at her Newcastle home and went into a coma for days. Her family was prepared for the worst as the doctors gave her a 30 percent chance of survival."

KaMagwaza-Msibi was national chairperson of the Inkatha Freedom Party (IFP) under Mangosuthu Buthelezi and mayor of the Zululand District Municipality for 15 years, before she left the IFP in 2011.

The split, effectively cut the IFP’s hold on many of the rural municipalities in KwaZulu-Natal.