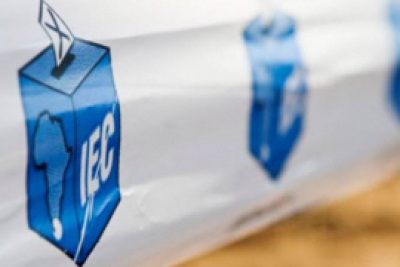 The Democratic Alliance (DA) has urgently applied to the Constitutional Court to set aside the Electoral Commission of South Africa’s (IEC) decision to reopen the candidate nomination process for upcoming local government elections.

In papers filed in court late on Tuesday night, the DA wants the court to review the IEC’s decision and declare it unconstitutional and unlawful.

The application arises from the recent order of the ConCourt to dismiss the IEC’s application to delay the local government elections.

On Monday, the IEC announced voter and candidate registrations would be reopened after the Constitutional Court dismissed its application to postpone the local government elections until next year.

The decision allows the ANC to complete and register the outstanding candidates in 93 municipalities across the country.

Last month, the ruling party even went as far as to approach the court to have the candidate registration process reopened but withdrew its application at the last hour.

But many described the IEC's decision as a lifeline for the ANC, who has been hit by several internal challenges that have led to the ruling party missing the 23 August deadline to submit nominations.

Meanwhile the Portfolio Committee on Cooperative Governance and Traditional Affairs (CoGTA) has welcomed the Electoral Commission of South Africa’s (IEC) decision to reopen the voter and candidate registration for the 2021 local government elections.

In a statement, the Committee said it is aware that the announcement came after the Constitutional Court dismissed the IEC’s application to postpone the elections until a later date, due to safety concerns as a result of the COVID-19 pandemic.

The Constitutional Court on Friday ordered the IEC to hold the local government elections by no later than 1 November 2021. The Committee noted that the IEC had since rescheduled a registration weekend for the weekend of 18 and 19 September 2021.

It said it was aware of the contention around this decision from various parties. Committee chairperson Fikile Xasa said it was important to give the IEC “the space to navigate this period in a manner that will ensure that the country holds safe, free and fair local government elections”.

The committee has scheduled a meeting with the IEC for 22 September 2021 to assess its readiness for hosting the elections between 27 October and 1 November, as directed by the Court. The committee last met with the IEC on 6 April 2021 to discuss its preparations for the 2021 local government electoral cycle in the context of the COVID-19 pandemic and the then anticipated third wave of infections.

The committee has already engaged the Municipal Demarcation Board (MDB) to satisfy itself that the ward delimitation process in preparation for the elections has been completed. The MDB informed the committee that it handed over the final wards to the IEC on 1 December 2020.

The scheduled meeting of 22 September 2021 will provide an optimal opportunity for the committee to follow up with the IEC regarding the implementation of the Constitutional Court Order, as well as the challenges that may have been experienced in this regard.