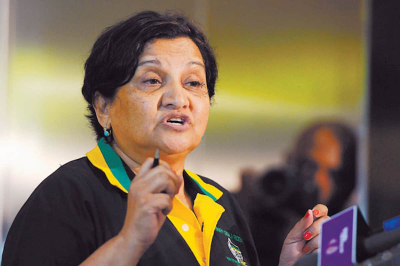 The ANC is fighting hard to ensure it gets another chance at registering all its eligible candidates for the 2021 local government elections.

Late on Wednesday, the ANC submitted its grounds for opposing the DA’s application to the Constitutional Court to stop the Electoral Commission of SA (IEC) from reopening the registration period for prospective candidates in the local government elections.

The ANC on Tuesday strongly denied allegations that it had influenced the Independent Electoral Commission (IEC) to reopen the candidate registration process for the upcoming local government elections.

She dismissed claims made by some opposition parties, notably the Democratic Alliance (DA) and its federal council chair Helen Zille, that the IEC decided to reopen the process of submitting candidates "so that the ANC can fix its disastrous failure" to register candidates in more than 90 municipalities.

"We want to say that we reject the accusation being made that the ANC tried to influence the IEC or the Constitutional Court [ConCourt] in any way whatsoever. We did not and we cannot," Duarte said.

Meanwhile Electoral Commission (IEC) filed a notice of opposition to the the Democratic Alliance's (DA) application to the Constitutional Court to block the electoral body from reopening the candidate nomination process.

This is according to the commission in court papers on Wednesday.

The commission was responding to the court challenge by the DA over its decision to re-open the candidate nomination process for the 2021 local government elections.

The effect of the reopening decision, announced on Monday, gave the ANC a much-needed lifeline after it failed to nominate candidates for a large number of seats before the cut-off.

The reopening decision was made after an order from the ConCourt on Friday, which dismissed an application to postpone the elections to February. Instead, the court ordered the commission to consider whether a voter registration weekend was practically possible for an election that must be held between October 27 and November 1.

The IEC goes further, saying that the main opposition has failed to afford it the respect of making decisions that fulfill its constitutional duties of delivering a free and fair election.

While the IEC agrees with the DA on it seeking direct access to the apex court on an urgent basis, it has asked that the matter be dismissed without the need for a hearing.

Twitter
More in this category: « Nzimande welcomes dismissal of former DG's suspension challenge. Arthur Fraser admits he overruled parole board to free Zuma on medical grounds. »
back to top