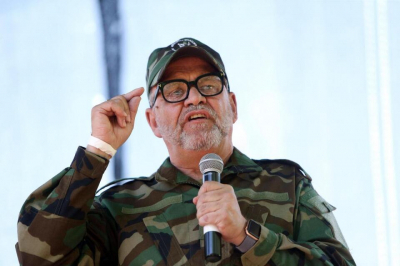 The African National Congress (ANC) has fired Carl Niehaus and ordered to collect his personal belongings from ANC security at Luthuli House on Friday between 10am and 11am.

This comes after Niehaus earlier on Thursday threatened to file criminal charges against the ANC top six, which includes party president Cyril Ramaphosa, on behalf of Luthuli House staff over the nonpayment of salaries and UIF.

ANC spokesperson Pule Mabe says if Niehaus would like to speak to the party, he must do so through his lawyers.

Mabe says the party will not tolerate insubordination.

"If he wants to appeal this he can exercise the normal routes. We must be seen to be taking action against descent whether it's done by younger ones in the ANC or those who claim to be decorated freedom fighters, we must take action.

"If the ANC doesn't take action against descent it will lose the respect of society."

In a letter from ANC general manager Febe Potgieter, Niehaus was given the 4pm deadline to state reasons why he shouldn't be fired — failing which, his employment would be terminated.

Potgieter said in the letter that Niehaus has not done anything to distance himself from the statement, which also invited the media to witness him laying theft, corruption and fraud charges against the top six.

"At the time of writing this letter you have not distanced yourself from the press release which has your name and number. As your employer, the ANC would like you to provide it with the reasons why it should not summarily dismiss you.

"You have until 4pm this afternoon to furnish the ANC (through the office of the general manager) with the requested reasons and a failure to do so will result in the immediate termination of your employment contract without further notice," Potgieter said in the letter.

This is not the first time Niehaus has found himself at odds with his organisation and employer, the ANC.

He was suspended from the ANC in July for bringing the party into disrepute over his remarks outside the home of former president Jacob Zuma where he, representing the disbanded Umkhonto we Sizwe Military Veterans Association, essentially threatened violence ahead of Zuma's arrest.

Twitter
More in this category: « Bidder for 2 600MW renewable energy to be announced in October. Mashaba explains why his party has chosen to contest elections. »
back to top