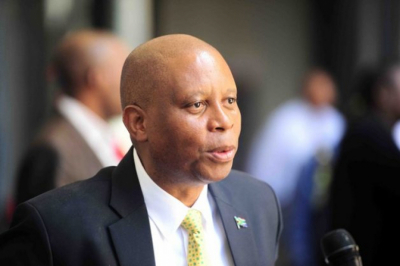 The former DA Johannesburg mayor, who launched his own political party a year ago, has been a strong campaigner to clean up the inner city. "The road to fixing South Africa starts in the heart of South Africa’s major cities. If we can fix Johannesburg, we can fix South Africa."

He said he would insist on the employment of South Africans only.

South Africa is not an employment agency for the world, "Mashaba said. "You cannot operate businesses if you do not employ South Africans. Those who want the United States of Africa, let them go somewhere else."

He said that under Action SA, no person would be allowed to operate a business unless they were documented, adding that companies would need to be registered with the South African Revenue Service.

Mashaba hammered home the issue of hijacked buildings and illegal immigration in the country’s inner cities. "The current government has allowed international criminal syndicates to hijack our buildings and make life difficult for South Africans."

South Africans will head to the polls on 1 November 2021 to elect the political leadership of the country’s 257 municipalities, Cooperative Governance and Traditional Affairs (CoGTA) Minister Dr Nkosazana Dlamini-Zuma announced on Thursday.

Speaking on the first anniversary of his political party, Mashaba said that despite initially committing to contest in Johannesburg, Tshwane and Ekurhuleni, structures quickly sprouted in all nine provinces of South Africa.

"The truth is that we could never have been prepared for how quickly South Africans have embraced Action SA."

He said that the party has been inundated with requests to contest municipalities across the country – from the Western Cape to Limpopo and from the Northern Cape to KwaZulu-Natal. "We have recently added eThekwini, Newcastle and KwaDukuza, to the list of municipalities that we will contest in these upcoming local government elections."

"We have run an expert-driven policy development process that will make Action SA a party that delivers hope through credible solutions for our country. In the past, I have seen policies written by politicians. Economic policies by politicians who have never created a business or employed a person."

"We have changed this in ActionSA. We have run a policy development process with professional South Africans. They have come forward in their numbers with incredible insights into the issues they grapple with every day in their respective fields. They know what needs to be done in our schools, hospitals and police stations."

Twitter
More in this category: « Carl Niehaus has been fired from the ANC. Livestream:Health Ministry media briefing on efforts to fight the COVID-19 pandemic. »
back to top