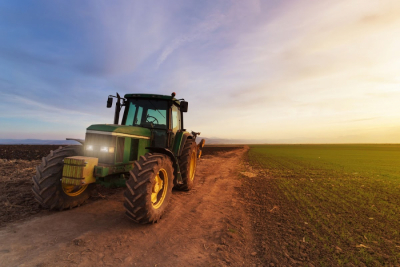 South Africa has seen a steady decline in commercial farmers over the last decade and increasing concentration levels in certain areas, a new report by the Competition Commission shows.

The regulator said that there had been a 73% decline in producer numbers in the dairy sector alone, from around 3,899 farmers in January 2007 to only 1,053 reported in January 2021.

"The agricultural value chain in South Africa is highly industrialised and characterised by the super commercialisation of production via large-scale farming as well as concentrated upstream inputs and concentrated processing," the commission said.

The 'large-scale or nothing' dynamic in food chains also serves to limit the scope for small-scale participation in farming, it said.

The commission said that the agricultural sector had been chosen as one of the designated sectors for the new amendments to the Competition Act regarding buyer power, aimed at levelling the playing field for smaller participants and preventing potential exploitation by dominant entities.

"The sharp decline in the number of commercial farms highlights the difficulties smaller farmers face in reaching the necessary economies of scale to decrease costs and maintain profitability.

"The need for scale in commercial farming is partly tied to the adverse market structure facing small market players for inputs and outputs as both these layers of the value chain are concentrated with larger players able to exert market power on smaller players."

The commission said that such dynamics could negatively affect the sector’s transformation as potential new entrants – including emerging black farmers –  struggle to become established and sustainable without entering at scale.

The commission also found that where small emerging farmers exist, there are still barriers to scaling from small to larger growers, such as access to finance, infrastructure and routes to market, which could provide the necessary scale to become more efficient.

"This issue has been communicated by farmers and is a concern for policymakers and competition authorities. Market structures and practices in South Africa’s agricultural value chains may need to change if government’s transformation efforts and aims to grow agriculture for economic recovery are to be effective."

The commission said that efforts should not just focus on ensuring that small scale participants can scale production over time to become more sustainable.

"Efforts should also be focused on addressing market features to provide space for sustainable small farming units and put in place support mechanisms to support sustainable entry of small-scale farmers."

Twitter
More in this category: « Ramaphosa to ease lockdown restrictions as part of move to level 2 - Report. Ramaphosa gave 'approval' to Zuma’s medical parole – Report. »
back to top