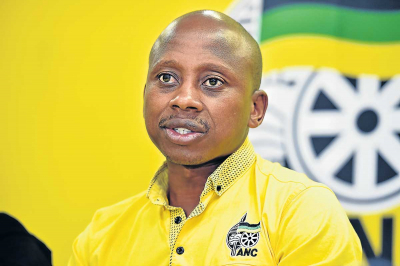 Former Nelson Mandela Bay councillor Andile Lungisa’s suspension has been lifted after he successfully challenged his suspension at the ANC’s national disciplinary committee.

Lungisa was placed on 18 months suspension by the ANC in the Eastern Cape following his conviction of assaulting a DA councillor during a disruptive Nelson Mandela Bay Municipality’s meeting.

The Grahamstown High Court in 2018 sentenced Lungisa to three years in jail, of which one was suspended, for smashing a water jug over the head of DA councillor Ryno Kayser in 2016.

In his bid to fight his suspension by his party, Lungisa made several failed attempts in the high court, Supreme Court of Appeal in Bloemfontein and the Constitutional Court.

He began his prison sentence immediately after the dismissal of his application by the Constitutional Court.

While in custody, the ANC Eastern Cape disciplinary committee found him guilty in absentia for contravening the party’s constitution and his membership was suspended for 18 months.

However, Lungisa approached the NDC to appeal the sanction imposed on saying the provincial disciplinary committee (PDC) was not properly constituted when it ruled against him.

Acting chairperson of the NDC Nocawe Mafu said after oral submissions and having perused the evidence, they came to the conclusion that Lungisa’s argument had merits.

"After examining the document in detail, the NDC was satisfied that some members of the PDC, who participated in the disciplinary hearings of the applicants, were not properly appointed to serve in that structure," Mafu said in her ruling.

Mafu said that by virtue of the PDC not being properly constituted its disciplinary processes were then defective.

"The application for review by comrade Andile Lungisa is upheld and the finding of the PDC in the Eastern Cape is reviewed and set aside," Mafu said.

This means the embattled Lungisa makes a return to the political landscape ahead of the local government elections.

It was not immediately clear how the decision would affect Lungisa’s future and whether he would be able to stand as a councillor in the elections.