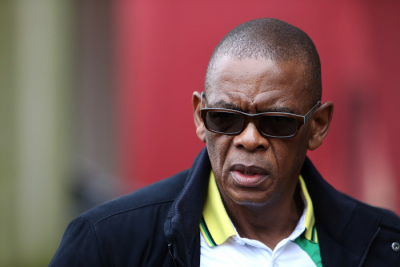 African National Congress (ANC)’s embattled secretary general Ace Magashule has lost yet another court bid, this time the Gauteng High Court in Johannesburg, which has dismissed his application for leave to appeal with cost.

Magashule had approached the Gauteng High Court in Johannesburg to appeal a judgment by the same court that was handed down on 9 July, dismissing his application to have his suspension from the ANC deemed unconstitutional and invalid.

He had sought to submit new evidence not available at the time of his application being dismissed, as well as argue that in their initial judgment the judges demonstrated both actual or perceived bias in reaching their order to dismiss his application, while upholding his own "suspension" of President Cyril Ramaphosa.

In a strongly worded ruling, the High Court said "there are no political imperatives which influenced" the court's decision, or any "prejudgment" of the issue before the court.

"We therefore reject the applicant’s contentions that we displayed bias, either actual or perceived, and do not believe that a higher court would come to a different conclusion considered the step aside rule in relation to its content, objective and relationship with the other provisions of the Constitution," reads the judgment.

Magashule had approached the court to challenged its granting of a condonation application to first respondent Ramaphosa, second respondent ANC deputy secretary-general Jessie Duarte, and third respondent the ANC, for filing their court papers after the allotted time.

He did not mince his words, alleging that the judges had "displayed actual and perceived bias".

The application was set down for 1 June 2021, and the notice of motion and affidavits were served on the respondents on 13 May 2021, calling upon them to file their answering affidavits before 16:00 on 20 May 2021.

Magashule contended that the failure to file the affidavits before the deadline was an "arrogant disregard for the rules of court".

The court, however, found that the applicant "did not disclose to the Court that on 18 May 2021 and 21 May 2021, the respondents’ attorneys has sent letters to the applicant’s attorneys detailing some difficulties that they had with the time period, and an undertaking to file the answering affidavits by 25 May there was no response to these letters".

In its judgment, the court also indicated that it considered the "step-aside rule" was in line with the party’s own policy frameworks.

Magashule said the court had erred in concluding that the NEC’s step-aside resolution did not amount to a narrowing down, repurposing or amendment of the resolution of the national conference, but the court stood by its initial judgment, saying there was no chance that an appeals court would overturn this.

Magashule’s argument that Duarte did not have the authority to suspend him was again dismissed, with the court adding that it did "not believe that the appeal court would find otherwise".

Adding more salt to the wound, the court again dismissed Magashule’s own suspension of Ramaphosa, saying that while he had argued that this suspension of the president was done on the authority of the national working committee, there was no truth to this, as he had not been given such a mandate.

He was suspended in May under the step aside resolution of the ANC, which dictates that those facing criminal charges should step aside or be suspended with immediate effect.