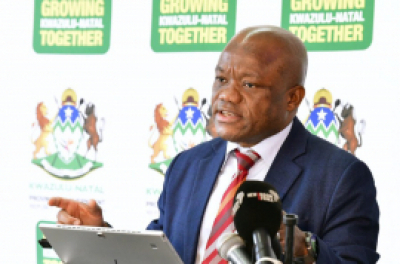 KwaZulu-Natal Premier Sihle Zikalala has called on the police to hunt down the suspects linked to the murder of three women in Inanda on Saturday.

According to reports, the women met their untimely death during an African National Congress (ANC) activity, in preparation for the upcoming elections.

It is believed that while the three women were standing in a queue, an unknown gun assailant fired shots randomly and killed them, while others managed to escape the gun fire.

"We are deeply shocked, concerned and saddened by this brutal assassination of innocent citizens. We believe this is the work of thuggish elements that kill with impunity. We must not allow them to find a place to hide in this province, "Zikalala said.

The Premier said the killings bear the hallmarks of a desperate effort to use intimidation and violence "as a way of frustrating the will of the people and subvert democracy."

He called on the police to hunt down the criminals who thrive on such violence.

"There is no election or vote that is worth the blood of our innocent citizens. We call upon the community to unite and work with the police to expose those who seem to believe that winning an election or becoming a candidate must happen at all costs, even if it means jumping over the corpses of innocent people," Zikalala.

Zikalala extended his heartfelt condolences to the affected families and the community.