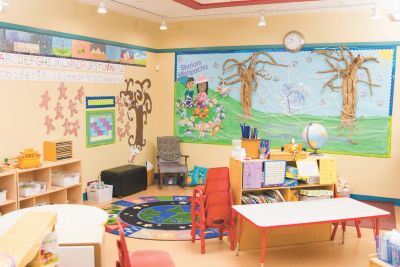 A four-year-old girl from Soweto has been raped, allegedly by a man living at the daycare centre.

The Gauteng department of social development has since sent a team of investigators to establish if the Silindokuhle Day Care Centre is operating legally.

"In terms of the Children’s Act 38 of 2005, partial care facilities are places of care for children between 0-6 years which must provide a safe and secure environment for children," said Gauteng social development MEC Morakane Mosupyoe.

Furthermore, this investigation will enable the department to take legal steps to remedy this unfortunate event and provide the family and toddler with psychosocial support," said Mosupyoe.

The incident comes off the back of President Cyril Ramaphosa’s address to the nation on Sunday.

He spoke about the country’s progress in fighting the Covid-19 pandemic, but he also touched on the country’s "other pandemic" – which is the violence against women and children.

"This month alone there have been a number of terrible crimes committed against women and girls," said Ramaphosa.

Among other cases, Fort Hare law student, Nosicelo Mtebeni, was murdered and dismembered in East London; a Grade 1 pupil from Khensani Primary School in Soshanguve was raped in the school's toilets; Palesa Maruping, was found hanging from the ceiling of a house in Khuma Location in the North West, and Pheliswa Sawutana was strangled to death in Kosovo informal settlement in Cape Town.

"The courts are increasingly handing down judgements for life imprisonment for statutory rape, robbery and aggravating sentences that involve rape.

"We continue to implement all the pillars of the National Strategic Plan against Gender-Based Violence and Femicide. Ultimately, the success of this work depends on the actions that we all take to end this pandemic of violence against women and children, "Ramaphosa said.

He called on men to understand that the rights and freedoms guaranteed by the country’s Constitution belong to all people, men and women alike.

Twitter
More in this category: « No one died from COVID-19 jab as SAHRPA probes safety of vaccines. SAHPRA approves Covid-19 pill study in South Africa. »
back to top