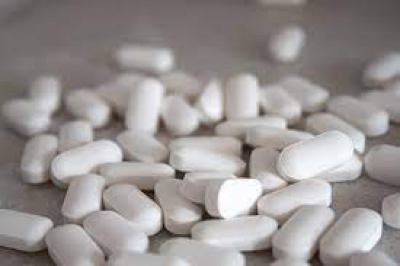 The South African Health Products Regulatory Authority has approved the study of an orally administered pill for patients with symptomatic Covid-19 who do not require hospital care.

The study is already ongoing in the US, with the expansion of study sites underway to further accelerate recruitment, said Nasdaq-listed RedHill Biopharma, a speciality biopharmaceutical company that is conducting the trial.

The trial is aimed at evaluating treatment in patients with symptomatic Covid-19 early in the course of the disease, with a simple once-daily oral treatment that can be prescribed and used in the largest non-hospitalised patient population, the group said.

"South Africa continues to face an onslaught of Covid-19 that is claiming many lives and causing significant distress to the healthcare system, "said Terry Plasse, medical director at RedHill.

"South Africa, along with the US and rest of the world, urgently need the ability to easily and effectively treat Covid-19 and its variants, both inside and outside the hospital setting. It is important to be able to treat patients early in the course of the disease to prevent progression to more severe symptoms."

This week South Africa also approved Pfizer’s vaccine for use for children over the age of 12, a boost to the country’s immunisation program.

Regulators approved the vaccine developed by Pfizer and BioNTech for local use in adults in March.

Africa’s most developed country has been the hardest hit by the pandemic, reporting the highest number of infections. Around 12% of the nation has been fully vaccinated, with the country of about 60 million people now bracing for a fourth wave of infections to hit in early December.

The approval comes after Sinovac Biotech said a Covid-19 vaccine trial in infants, children and adolescents would take place in South Africa as part of a global study.

Meanwhile South Africa on Monday recorded 2,640 new cases of Covid-19, in what the National Institute for Communicable Diseases (NICD) says is a sign of sustained downward trend.

This brings the total number of laboratory-confirmed cases to 2.860,835. This increase represents a 10.4% positivity rate.

A further 125 Covid-19 related deaths have been reported, bringing total fatalities to 85,002 to date.

Twitter
More in this category: « Girl, 4, raped at the Soweto day care centre. 73,000 applications for grades 1 and 8 lodged at Gauteng schools. »
back to top