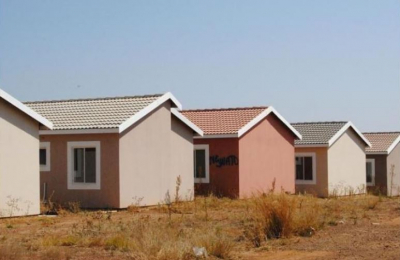 Human Settlements Minister, Mmamoloko Kubayi, has issued a strong warning to all implementing agents and contractors who perform poorly and do not deliver on housing projects.

"We can no longer allow, under such a constrained fiscal environment, project developers and contractors to waste public resources on poorly implemented or incomplete projects," Kubayi said.

The warning follows the Minister’s inspection of human settlements projects, where some have been running for years without completion and others abandoned, leaving poor and indigent potential beneficiaries without shelter.

Kubayi warned that from now on, the department is going to tighten contract management such that consequence management is integral in every contract.

"Any contractor who, without a reasonable explanation, is found to have violated contractual obligations will be dealt with accordingly," she said.

The Minister also implored provinces to pay contractors who are delivering within 30 days in order to accelerate housing delivery.

"We are at the coalface of service delivery and people expect nothing but the best from us. We should strive to ensure that the Department of Human Settlements is an employer of choice because it gives people hope and restores their dignity."

Kubayi concluded a two-day visit to Buffalo City Metropolitan Municipality in the Eastern Cape, where she assessed housing delivery in the province.

She also visited a number of human settlements projects in the province, including the Duncan Village Revitalisation Initiative, Komga 570, Potsdam Village 500, and three destitute families in Amathole and Buffalo City Municipalities.

Twitter
More in this category: « 73,000 applications for grades 1 and 8 lodged at Gauteng schools. Disease management area in KZN hit by foot-and-mouth diseases reduced. »
back to top