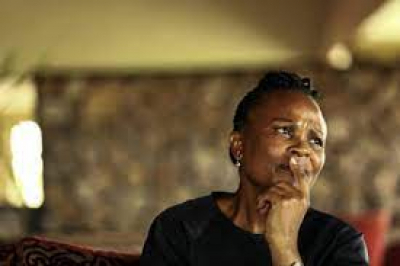 The Supreme Court of Appeal (SCA) has dismissed Public Protector Busisiwe Mkhwebane's bid to appeal the invalidation of her report on Pravin Gordhan's decision to grant SARS official Ivan Pillay early retirement after finding it had "no prospects of success".

The court reached its decision without hearing argument on the case.

Mkhwebane's report on Pillay's early retirement was released the day before President Cyril Ramaphosa's May 2019 inauguration.

It found Gordhan had irregularly approved Pillay's early retirement from SARS, with full benefits, and ordered that Ramaphosa take appropriate disciplinary action against the minister for failing to uphold the Constitution.

Gordhan's lawyers argued that this amounted to the Public Protector seeking his dismissal.

In December last year, the Gauteng High Court in Pretoria comprehensively dismissed Mkhwebane's reasoning for finding against Gordhan and her suggested remedial action.

But the ruling also found the minister’s accusations that Mkhwebane had acted with an ulterior purpose against him were "mere speculation" and were not backed up by any real evidence.

Mkhwebane, who is currently challenging the constitutionality of the parliamentary process that could see her becoming the first Public Protector to be impeached, is also seeking to appeal the invalidation of her so-called SARS "rogue unit" report on Gordhan.

The SCA has yet to decide whether it will hear that appeal.