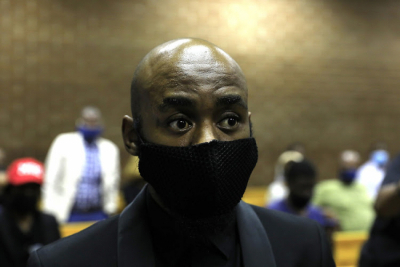 The bail hearing for Ntuthuko Shoba, the alleged mastermind behind Tshegofatso Pule’s gruesome murder, has been moved to Thursday, 16 September.

Shoba had brought forward a third bail application, claiming that he has been receiving death threats from inside prison.

The 32-year-old, who has been denied bail twice, is currently being held at the Johannesburg Prison.

The third bail application was heard virtually in the Johannesburg High Court on Tuesday. However, the state applied for a postponement, saying it had received papers from Shoba’s lawyers late on Monday.

The state told the court they were supposed to receive the papers at 12pm last Friday.

"Due to the fact that I did not receive my learned friend’s heads of argument I was not able to respond to anything because I did not know what the basis of his argument was going to be," advocate Faghire Mohamed said.

The hearing was then postponed to Thursday at 9am after both parties agreed on the matter.

Shoba, who recently parted ways with his previous legal team, is expected to stand tial in the Gauteng High Court in October for allegedly orchestrating Pule’s death.

He is facing charges of murder, conspiracy to commit murder and defeating the ends of justice for his alleged involvement.

Pule was eight months pregnant when she was killed by Mzikayise Malephane on 4 June 2020. She was found stabbed and hanging from a tree in a Roodepoort.

Malephane, who confessed to killing Pule, claimed Shoba hired him to kill Pule.

He is currently serving 20 years in jail at the prison after he pleaded guilty to murder in February and turned state witness.