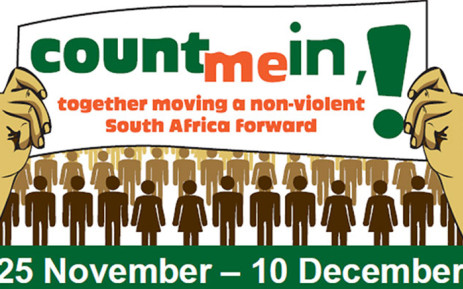 The 16 Days of Activism against gender-based violence (GBV) is a global campaign which begins on November 25 and concludes on December 10 each year.

The campaign was initiated by activists at the first Women’s Global Leadership Institute in 1991, triggered by the Montreal massacre in Canada, where on December 6, 1989, Marc Lépine entered the École Polytechnique engineering school and shot dead a group of female engineering students before shooting himself.

When asked why he was shooting them, Lépine said he was fighting feminism as he hated feminists and female engineering students were feminists because they thought they could do what men could do.

Women’s movements from across the globe saw this massacre as one of the most extreme forms of violence against women, thus initiating this global campaign, not only to commemorate the victims of the Montreal massacre, but also to raise awareness, stimulate advocacy efforts and share knowledge and innovations for fighting violence against women and children.

South Africa launched its first 16 Days of Activism campaign in 1998, joining the international community in the fight against gender-based violence. The UN Women affirmed that in 2019, the world must pay tribute to, and amplify, the voices of survivors and grassroots activists under the theme “Orange the World: Generation Equality Stands Against Rape - #HearMeToo”, calling for individuals and organisations alike, to listen to and believe survivors, end the culture of silence and put survivors at the centre of interventions.

Objectives of the campaign

The objectives of the 16 Days Campaign are to:

What is violence against women and children?

Violence takes many forms, for example:

What can you do?

Together, let us take actions to support the 16 Days of Activism for No Violence Against Women and Children campaign.

Meanwhile President Cyril Ramaphosa was speaking at the launch of this year's 16 Days of Activism Against Gender Based Violence in Limpopo.

He said the level of gender-based violence in the country was shocking and this crisis of violence against women and children is a great shame for our nation. It goes against our African values and everything we stand for as people.

Tweet
More in this category: « Watch Live: Mo Shaik and Gibson Njenje testify at the State Capture Inquiry. Mkhwebane vs. Baloyi: Baloyi says R500‚000 payment by Bosasa and the rogue unit investigation were “extremely unusual”. »
back to top