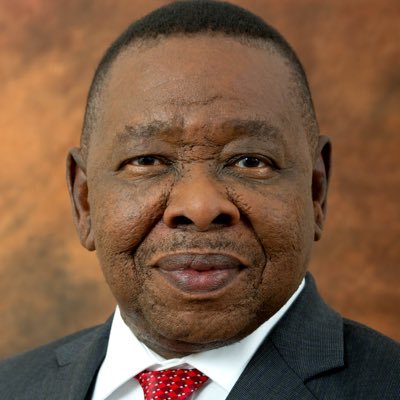 The higher education, science and technology minister Blade Nzimande has condemned the “barbaric and shameful” murder of 21-year-old student Precious Ramabulana, from Limpopo.

I denounce such barbaric and shameful acts against women, both in our institutions of learning and in society in general.

“Our society cannot continue another day harbouring such disgraceful people, who are hell-bent to tear the moral fibre of our society apart,” Nzimande said.

MINISTER OF HIGHER EDUCATION, SCIENCE AND TECHNOLOGY STATEMENT ON THE BRUTAL KILLING OF PRECIOUS RAMABULANA pic.twitter.com/yn4jPXgEq2

The Capricorn TVET College student was found dead in her room off-campus on Sunday and had apparently been stabbed 52 times.

It's also suspected she was raped but this has not yet been confirmed.

Limpopo police spokesperson Motlafela Mojapelo said: “We immediately opened a murder case and the investigation is unfolding. Nobody has been arrested at this stage. It is suspected that an assailant may have gained entrance into her room by the window.”

The news of Ramabulana's murder came as the country marks the annual 16 Days of Activism for No Violence against Women and Children.

Tweet
More in this category: « IMF wants SA to create an environment that is conducive for investment and implement much-needed structural reforms. EFF has tabled a Motion of No Confidence against the City of Tshwane Executive Mayor,Stevens Mokgalapa. »
back to top