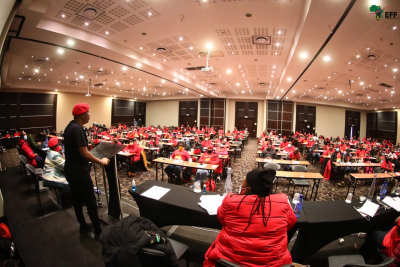 The manifesto was compiled following an extensive consultation with citizens and EFF branches, the party said.

In the August 2016 municipal election manifesto, the EFF promised to build people-centred, corruption free and accessible municipalities and councillors.

The party did not win any municipality but was a king maker in hung municipalities. The EFF had played a role where the DA sought votes to run the City of Johannesburg and in Tshwane.

Although it did not have any of its members take up leadership positions in the coalition government, the party was able to influence the insourcing of security officers and cleaners in the City of Johannesburg.

More in this category: « U.S. agency to probe Amtrak derailment that killed 3 in Montana. A police officer, Wife found dead in Cosmo City. »
back to top