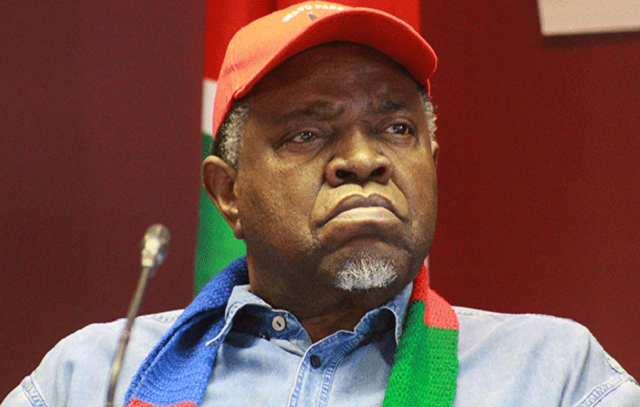 The ruling party in Namibia faces its biggest challenge since independence nearly three decades ago. About registered 1.3 million voters were choosing the president and National Assembly members.

The ruling SWAPO has been shaken by a corruption scandal and the weakening economy. Meanwhile, more than 700,000 of the country’s 2.5 million people have registered for relief during a drought that affects the region.

President Hage Geingob faces a challenger from within his own party who is running as an independent. Dr. Panduleni Itula has been appealing to youth; some of them are unemployed. The election includes more than 400,000 voters born since Namibia gained its independence from South Africa.

An unprecedented runoff election might be needed if no presidential candidate can get over the 50%-plus-one vote threshold.

In the last election, in 2014, SWAPO won 80% percent of the vote, its highest ever, while Geingob won 87% of the presidential vote.

Tweet
More in this category: « NPA has confirmed it has charged EFF leader Julius Malema for firing a weapon in public. The abaThembu King Buyelekhaya Dalindyebo has decided against attending the funeral of amaXhosa King Sigcawu. »
back to top