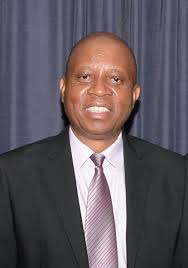 Voting for the mayor of Johannesburg has been postponed to 4 December, to help determine the actual number of votes made up by the 50 percent plus one majority.

The councillors wanted to know the number and the presiding officer had to consult, he then said the matter require proper legal determination.

However the initial majority was 136 votes but it has since changed after the death of an ANC Councillor last month.

Three key candidates will battle it out for the position of Johannesburg mayor,after the resignation of Herman Mashaba.

DA has fielded Funzela Ngobeni, the Economic Freedom Fighters has nominated Musa Novela and the ANC has named Geoff Makhubo.

Meanwhile the Tshwane council Speaker Katlego Mathebe dismissed the motion of no confidence submitted by the EFF against mayor Stevens Mokgalapa based on technicalities.

Tweet
More in this category: « The abaThembu King Buyelekhaya Dalindyebo has decided against attending the funeral of amaXhosa King Sigcawu. Water master plan has been launched to help avoid 17% water deficit by 2030. »
back to top