Suspended Eskom senior manager ordered to pay back the money. 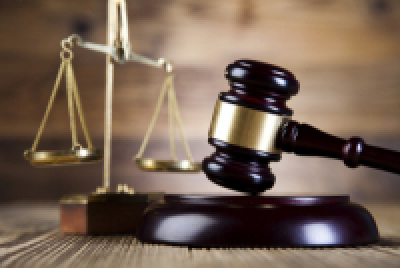 The Special Tribunal has ordered that suspended Eskom senior manager for Coal Operations, Petrus Mazibuko, pay back at least R11 million to the state after it was found that his company indirectly benefitted from a coal transportation contract from the power utility.

This follows civil proceedings initiated against Mazibuko and his brother, Shadrack, at the tribunal by the Special Investigating Unit (SIU).

The tribunal found that Mazibuko improperly benefitted from contracts awarded to a company with links to a business ran by himself and his brother.

"Judge Thina Siwendu found that Petrus Mazibuko did not declare his business interests in terms of the Eskom Conflict of Interest Policy and had no permission to do the work. He acted, by failing to disclose, in a way that compromised the credibility and integrity of Eskom's supply chain processes," the tribunal said.

The judgement also found that the Mazibuko’s company, Thephunokheja, "concluded a joint venture agreement with Commodity Logistix Managers Africa (CLM)" to supply and transport the coal just months before the Eskom contracts were awarded to CLM.

Shortly after the contract was awarded, at least R11 million flowed from CLM to Mazibuko’s Thephunokheja.

The suspended Eskom senior manager had also failed to disclose the close ties he had to CLM.

"However…they had no experience no expertise in the coal business. Mazibuko's conduct was found to be an unauthorized gratification and in violation of Section 3 of the Prevention and Combating of the Corrupt Activities Act  of 204 and section 4 of the Prevention of Organized Crime of 1998,"the tribunal said.

The Tribunal also found that the conduct of the Mazibuko brothers was against the law.

"Petrus and Shadrack Mazibuko as well as Thephunokheja accepted gratification, acted dishonestly, unauthorized, misused and sold information to advance their financial interests and that they knowingly embarked on the unlawful activities, "the judgement found.

More in this category: « Livestream:Nathaniel Julies' murder trial resumes. Numsa go ahead with strike after talks collapse. »
back to top