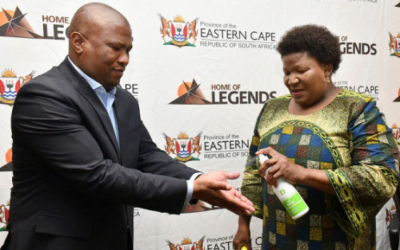 The case against the 14 accused in the Buffalo City Metro's R10m Mandela memorial scandal was postponed again for a plea trial.

The accused appeared before the East London Magistrate's Court on Tuesday where one of them, erstwhile Eastern Cape health and then-BCM councillor MEC Sindiswa Gomba, expressed her satisfaction with the latest postponement. Gomba is still a member of the Eastern Cape Provincial Legislature

"This is a different kind of postponement compared to the others because we got clarity about the case management procedure. However, the delays further exacerbated my inability to participate in political work as the election date draws nearer," she said.

Judge Bantubonke Tokota said by the time the case continues next year, everyone must have prepared their documents to prevent further impediments.

"We hope to commence the actual trial in the second term between 11 April and June 2. Two of the 14 accused [businessman Dean Fanoe and his company Mantella Trading 522 CC] have applied for a separate trial and their matter has been remanded for November 23,"Tokota said.

The 14 stand accused of misleading the Buffalo City Municipality into believing it had an obligation to make funds available for Nelson Mandela's funeral service in 2013.

It is alleged that once R10 million was made available, they allegedly acted with a common purpose to defraud and manipulate municipal procurement processes through illegal deviation, and to manipulate the situation so the funding could be used for other purposes other than for what it was officially approved for.