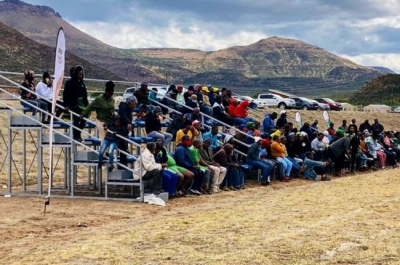 The Enoch Mgijima Local Municipality says that they regret the manner in which the initial social media post was shared 'where minimal detail was provided.'

This is after a 'stadium' in the Eastern Cape, worth an eye watering R15 million, has left many social media users scratching their heads.

As a way of providing the youth with a sport facility, the stadium is expected to serve as a suitable playing ground to benefit over six villages.

According to the municipality, the construction of the sports facility commenced at the beginning of March 2020 following an Environmental Impact Assessment (EIA), after been approved by DEDEAT authorising the project within the limits stated in the NEMA Act.

Further investigations were also conducted to determine the suitability of the site to be developed into a sports field with associated structures – which include survey, Geotechnical and Geohydrological tests.

The opening of the field comes a month before the local government elections.

In a now-deleted post shared by the municipality, ANC officials in party regalia can be seen cutting the ribbon with members of the community seated on the side.

It’s unbelievable that R15 million was allocated for this project and this is what was delivered. No man this is wrong.

Some social media users say the area has many other issues that require urgent attention from the municipality, like electricity. Enoch Mgijima Local Municipality serves Komani, Whittlesea, Molteno, Tarkastad, Sterkstroom and Hofmeyer.

More in this category: « Mbalula unveils four bridges in the North West. Cosatu calls on millions of workers to stay at home or join strike action. »
back to top