Jason Rohde fails to have his murder conviction overturned. 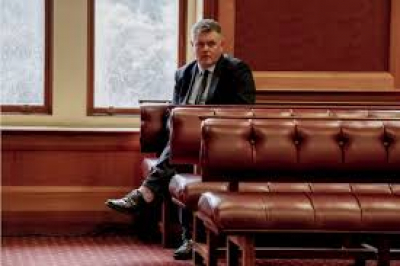 The Supreme Court of Appeal (SCA) has rejected Jason Rohde's claims that his wife Susan hanged herself, finding that the State proved "beyond reasonable doubt" that he strangled her.

In a unanimous ruling delivered on Tuesday morning, the court found that Western Cape High Court Judge Gayaat Salie-Hlophe incorrectly found that Rohde had smothered his wife and punched her.

"[Rohde] must be sentenced on count 1 on the basis that he unlawfully and intentionally killed the deceased by manual strangulation but did not assault her in any other way," the court said.

It ordered that Rohde's sentence for his wife's murder should be reduced from 20 years to 15 years, which is the prescribed minimum sentence for murder.

Rohde, who is out on bail, will now need to hand himself over to authorities to begin serving his sentence.

It is unclear if he will head to the Constitutional Court to challenge the SCA's decision.

The ruling comes five years after Susan's lifeless body was discovered in the bathroom of a luxurious Stellenbosch hotel room.

Her husband has insisted that she used the cord of her curling iron to hang herself after she discovered that his affair with estate agent Jolene Alterskye was not over.

The National Prosecuting Authority (NPA), however, maintained that Rohde's account of Susan's death was nothing more than a desperate attempt to evade responsibility for killing her. It argued that he deliberately staged her murder scene to make it look like she had committed suicide.

Ultimately, the SCA agreed that Susan Rohde had been murdered, but raised serious questions about Salie-Hlophe's handling of the case.

Not only did the court find that the judge was wrong to refuse defence psychiatrist Dr Larissa Panieri-Peter the right to testify about Susan Rohde's psychological state, it also criticised her for "vivid" speculation in relation to her findings that Rohde had beaten and smothered his wife.

More in this category: « Cosatu calls on millions of workers to stay at home or join strike action. Personal information potentially compromised in ransomware attack - DOJ. »
back to top