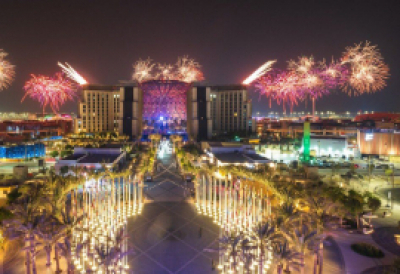 The Department of International Relations and Cooperation Deputy Minister, Candith Mashego-Dlamini, and her Qatar counterpart, Dr Ahmed Hassen Al-Hammadi, are set to strengthen bilateral political and economic relations when they meet on Thursday.

According to the department, the two leaders will explore several areas of mutual interest.

The discussions between Mashego-Dlamini and Al-Hammadi will also focus on current and potential areas of cooperation that exist between South Africa and Qatar.

Some of these areas, the department said, include tourism, trade, infrastructure, transport and renewable energy.

The two delegations will also touch on regional and multilateral areas of common interest.

The department said the talks will take place in the greater context of preparing for the South Africa-Qatar Bilateral Consultations that are scheduled to be held at the ministerial level in 2022.

According to a statement released on Wednesday, diplomatic relations between South Africa and Qatar were established in 1994.

"Since then, relations have continued to prosper, with many high-level visits having taken place since then."

The department said the forum provided a valuable platform for the President to display potential investment opportunities in South Africa to a wide and influential audience.

Government believes that a peninsular Arab country is a key partner in terms of advancing the Economic Reconstruction and Recovery Plan of South Africa (ERRP).

The department said figures in 2020 amounted to just more than R2.9 billion.

Last year, Qatar Petroleum announced a second gas discovery in South Africa’s Luiperd prospect, located adjacent to the Brulpadda prospect, which was identified in February 2019 as an important gas-condensate discovery.

"Various development options are currently being evaluated to commercialise these findings. These positive developments will help bolster South Africa’s energy mix and develop adequate generation capacity to meet the electricity demand, under both the current low-growth economic environment as well as when the economy improves, to aid long-term energy security for the country," DIRCO said.

More in this category: « Former Eastern Cape senior educational specialist arrested for R1.2m fraud. SADC reaffirms its support to Mozambique in fighting terrorism. »
back to top