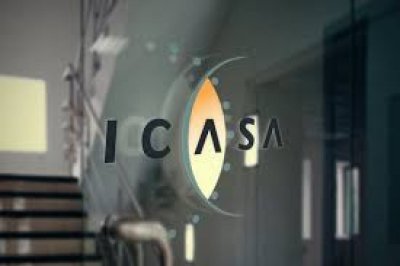 With the date for the municipal elections rapidly approaching, the Independent Communications Authority of South Africa (ICASA/the Authority) is readying itself to ensure equitable treatment for the election messages of all political parties and independent candidates on both public and community broadcasting platforms.

"In line with Section 57 of the Electronic Communications Act, the Authority will allocate timeslots for party election broadcasts (PEBs) to ensure fair coverage for all political parties and independent candidates during the election period," ICASA said on Wednesday.

The allocation of PEB slots will take place on Friday at the Protea Hotel, Midrand from 9am.

"The elections are a very important event in the history of the country, and it is very critical that, as the Authority, we should ensure that the public is able to make informed decisions in terms of who they want to elect as their political representatives especially at the local sphere of government which plays a key role in the delivery of essential services to communities," ICASA Chairperson, Dr Keabetswe Modimoeng, said.

Modimoeng has urged all political parties and independent candidates contesting the upcoming municipal elections to work with ICASA on this allocation process and to comply with the regulations.

"Our regulations are carefully crafted to ensure equitable treatment of political parties and independent candidates during the election period, and we urge all stakeholders, including broadcasters, to support this process and comply with the regulations. The regulations are a basis on which we would ensure that every contesting political party and independent candidate receives coverage, and that they are able to share with the electorate what they can do for them as their representatives at local government level," Modimoeng said.

More in this category: « SADC reaffirms its support to Mozambique in fighting terrorism. Trained,motivated teachers key to the effective school system. »
back to top